This week we've gotten announcements of two collabs already - the first one - which kind of makes sense - Dunkin Donuts and shoe maker Saucony have teamed up to bring us these bad boys that will literally have America Running on Dunkin! 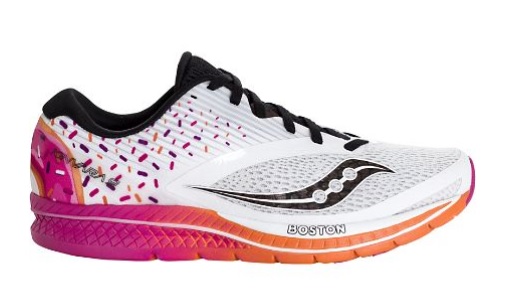 The Saucony x Dunkin Kinvara 9's are on sale now!

In a much odder pairing - online eye glass retailer Warby Parker and roast beef sandwich maker Arby's announced a collab this week as well ... not sure if this one is some sort of April Fools Prank or not - but the WARBY'S swag is pretty sweet and includes eye glass cleaning kits, shirts, bags, and of course - an onion ring monocle.  Want in on this - better get it here sooner than later - they are already selling out! 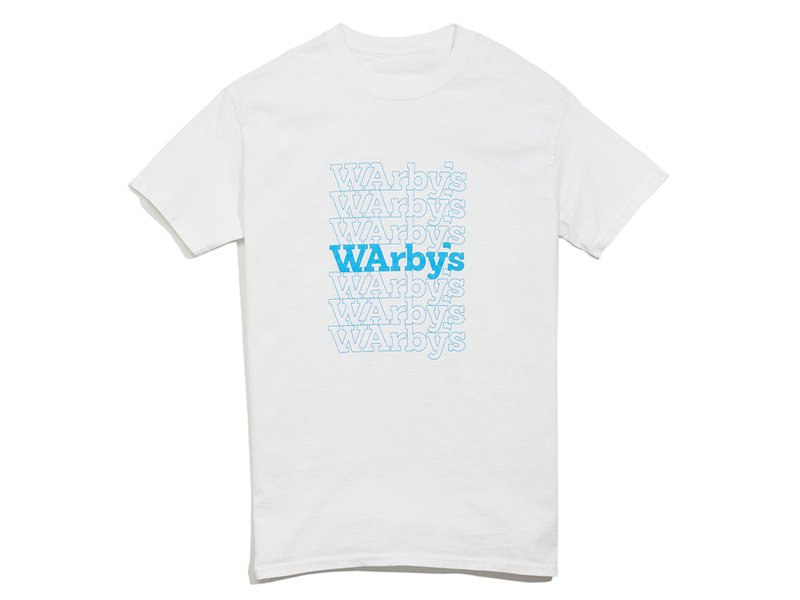 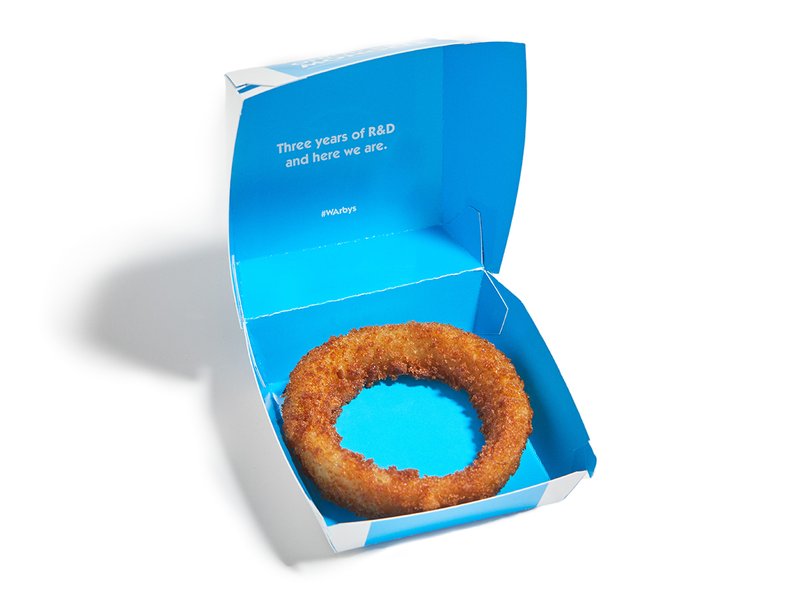 How do you honor someone as iconic as David Bowie in one statue?  Trick question .. you can't ... that's why sculptor Andrew Sinclair's new sculpture honoring the Starman, titled Earthly Messenger, features a mature Bowie looking over his younger self as many of his personas - including Ziggy Stardust (a character who was debuted at the Friars music venue in Aylesbury in the 1970s), Aladdin Sane, the Goblin King, Lazarus, and more.

That's not enough - the statue has mounted speakers that will play a Bowie song every hour!

Check out the unveiling of the statue by none other than Howard Jones!

The big college basketball tournament is down to the Elite 8 and it got me thinking of some elite songs that came out in 2008 ... hard to believe that was  10 years ago ...

If I had eyes in the back of my head there would be so many benefits of it, except of course the actual look of it.

7. Lay Me Down- The Dirty Heads
This California sounding song featuring Rome from Sublime really makes me want to lay on a beach with a corona and lime in my hand.

6. Human- The Killers
“Are we human or are we dancers”, still unsure how to answer the question.  I always thought why can’t we be both?

5. A-Punk- Vampire Weekend
This song is one of Vampire Weekends most well known songs and really made you fall in love with their sound.  Also - this video kicks a$$

4. I Will Possess your Heart- Death Cab for Cutie
A great song from a great album and definitely delivers a strong message. Also, I feel like my crazy totally sane ex girlfriend might have wrote this song.

Great song by a great band.  This jam got The Bravery on the map and the recognition they deserved.

2. Sex on Fire- Kings of Leon
Lets hope you don’t actually feel like something is burning, if you get what I mean but this song was a classic hit when it came out.

1. Viva La Vida- Coldplay
The instruments in this song make the song as great as it is and is the reason it is at number one.

Reports have surfaced that a data research company called Cambridge Analytica accessed the data of MILLIONS of Facebook accounts – collecting, sharing, and storing user’s data without their consent! The scary thing – this wasn’t a data breach – Facebook’s policies allowed them to do this!

On the heels of Facebook’s role in the 2016 election, this is just another reminder of how volatile our personal information is on the Internet.

So what can you do? Log off of Facebook for good?  But how will you see all those funny cat videos and remember when it’s your cousin’s birthday?

Well, for now – you can at least keep your data from going through Facebook’s  API (Application Programming Interface) by controlling your privacy settings.  Keep in mind though – making these changes will mean you can no longer log into other apps, like Instagram, Twitter, etc. using your Facebook Login.  (But by doing this - you also won't be able to post TO Facebook when using other apps.  So you won't be able to share the fact that you played the word QI in Words with Friends or the picture of you watching funny cat videos with your cousin on their birthday to your newsfeed. )

So here’s what you need to do: 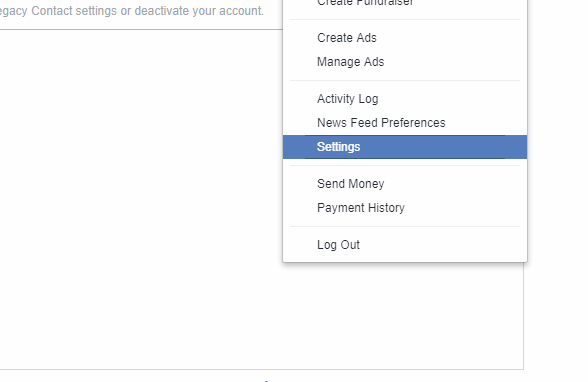 Then select the Apps key 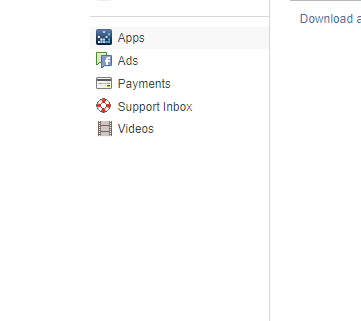 Now click the "Edit" button under "Apps, Websites and Plugins." 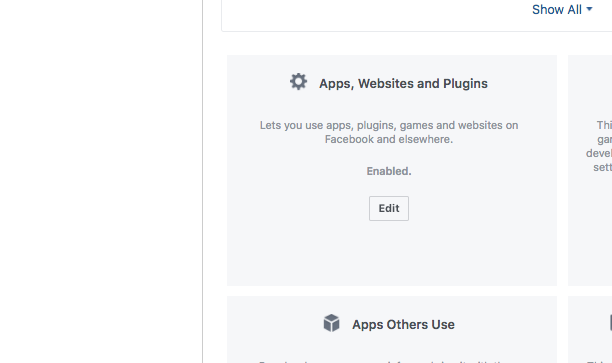 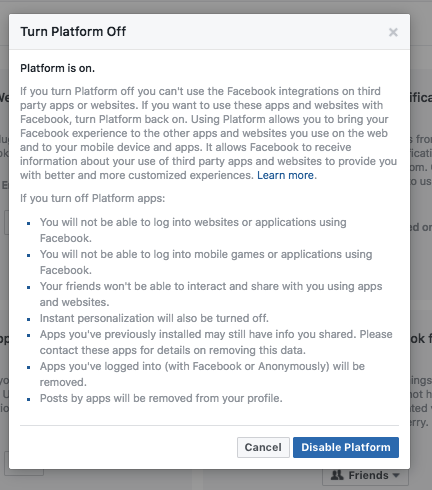 Don’t want to go to the extreme of cutting all your data off?

You can also limit the personal information accessible by apps that others use.  To do this – from the settings page - click "Edit" under "Apps Others Use."  Now you can check and uncheck what data you want and don’t want other apps to access … you'll probably want to uncheck everything! 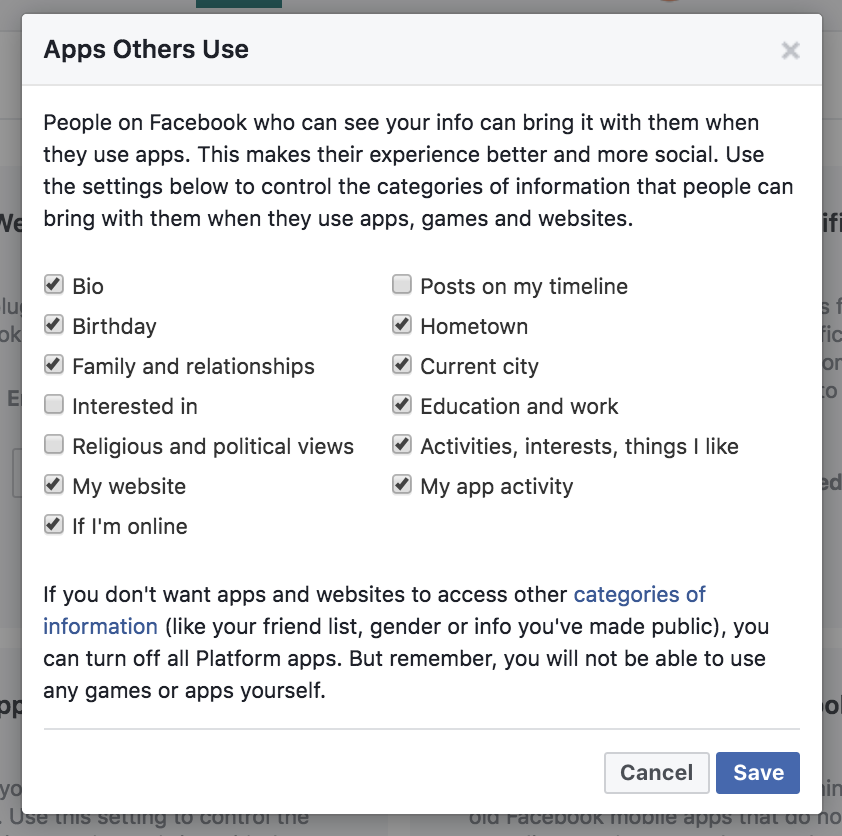 Or ... you can just throw your phone and keyboard away and live off the grid.. forgetting your cousin's birthday every year!

Pearl Jam fans rejoice! For the first time in 5 years, we have new music from Seattle's god fathers of grunge! According to the band, the song will appear on their new album! Check it out below:

We get excited for the Annapolis Film Festival every year, because we love when we can have no shame in binge watching movies for 3 straight days ...But this year, we're really excited for the fest - because one of our own is featured in one of the movies being screened - that's right Bob Waugh will make his big screen debut right here in Annapolis on Saturday March 24th, when 'New Wave: Dare to Be Different' , is shown at Maryland Hall!   The movie chronicles how a small independent radio station (sound familiar?) paved the way for bringing new indie rock to the masses!

As a bonus - Bob Waugh and the film's director Ellen Goldfarb, will host a Q&A before the screening...and our friends Pressing Strings will perform after the movie.  You can purchase tickets HERE or - text RNR AFF to 49330 for a chance to win 2 tickets !

With St. Patrick’s Day upon us – we’ve called upon our resident Irishman, Conor Kelly, to build us a playlist of his top hits from the Emerald Isle … so just here’s a mini playlist to fire up while you’re sipping some Guinness … or a  green bud lite -

I mean, come on - this is a given, U2 is one of the most prolific rock bands in the past 40 years  EVER.  They’re incredible, live and recorded. They started out in the 80’s with memorable albums like War and Joshua Tree, and haven’t slowed down since.  With over 20 Grammys to their name, I don’t think Bono or Edge’s edgy guitar will stop anytime

Sir Morrison deserved to be #2 on this list for sure.  His jazz infused rock songs also have a soulful sound to them that make his songs so memorable. In addition to “Moondance” – there’s classics like “Brown Eyed Girl” and “Into the Mystic” are just a few of his legendary songs. His iconic albums include Astral Weeks, Into the Music and Tupelo Honey stay on repeat in the Kelly house.

A huge hit in the 90s, The Cranberries have been a part of a rare club of Irish musicians who have topped the U.S. music charts.  R.I.P Dolores O’Riordan, with your howlin’ voice and unforgettable presence on stage, you will be missed for sure.

Jimi Hendrix once called him the best guitarist in the world, enough said.  Just watch this live performance of “Bullfrog Blues” by him and argue that.

5.) The Pogues – If I Should Fall From Grace With God

With their Irish folk infused with their punk swag sound, The Pogues a huge influence in Ireland and will always be legends in the Irish eyes.  Just come to one of my family reunions. But everyone in my family has better teeth than Shane MacGowan.  Some of the wildest times in my life were while seeing them live in concert

We were excited when David Byrne annouced he had a new album ...

And now we're really really excited to have heard the album and seeing footage of the concerts .

Check out the performance of "Everybody's Coming to My House" on Colbert ... and go grab tickets to one of his shows if you haven't already!

One of the most moving moments of the 2018 Oscars was when Pearl Jam front man Eddie Vedder performed Tom Petty's "Room at the Top" during the ceremony's In Memoriam segment.  Vedder playing a Rickenbacker guitar, as a nod to Petty, was a nice touch.

Jack White has gifted us with the next single from his upcoming album, Boarding House Reach - Over and Over.

White has been working on the track for a while ... it was originally slated to be a White Stripes song and later he tried to collaborate with Jay Z on the track.  "It was sort of my white whale ... I chased it and chased it and finally, all of a sudden, it worked"

Well- he is right ... it worked ... It just makes us wonder why this wasn't the first single!