Wilco just finished up their annual Solid Sound festival at MASS MoCA in North Adams, Massachusetts and during one of final sets -  Jeff Tweedy was joined by  David Byrne for the “California Stars” finale of his set.

Tweedy was backed by his sons Spencer Tweedy on drums and Sammy Tweedy on vocals during his set.  The encore began with Sammy Tweedy leading a covers of Neil Young’s “Helpless” and “It Must Be Love” by Labi Siffre.

Moonage Daydream - the new documentary examining David Bowie's ability to transform, adapt, overcome and entertain groundbreaking ideas - made its debut his week at the 2022 Cannes Film Festival and now the rest of the world is getting their first look at the film via its debut teaser trailer.

Following Bowie’s passing, his estate granted Brett Morgen access to over 5 million assets, including rare and never-before-seen drawings, films, journals and recordings. From this, Morgen created a film that allowed fans 'not to learn about Bowie but instead experience him'.

Critics are saying that Moonage Daydream's unique unabashed look at Bowie’s legacy reinforces what many felt: That Bowie was ahead of our time and his time and that “Bowie seems to have genuinely loved life.”

Moonage Daydream will be released in theaters  this September and will air on HBO and HBO Max in 2023.

Harry Styles is set to embark on a massive world tour - and will be joined for 2023 dates by rising indie rock band Wet Leg.

Styles must be a fan of the British duo - as he recently had a 'fun' time covering their song Wet Dream during his BBC Radio 1 Live Lounge performance.  Check out the footage below of one the biggest stars in the world singing: "What makes you think you're good enough to think about me when you're touching yourself?" :P

After Pearl Jam’s drummer Matt Cameron tested positive for COVID-19 in the middle of their tour - the band has been performing with a cast of rotating drummers in his place.  Last night  - in Fresno California - the group’s original drummer Dave Krusen joined them for his first full concert performance with the group since May 25, 1991

He performed all but two songs from Pearl Jam’s debut album, Ten. The only songs missing from the LP were “Oceans” and “Release.”

Elderly Woman Behind the Counter in a Small Town

State of Love and Trust

Baba O’Riley (The Who cover)

U2’s Bono and the Edge performed a surprise acoustic concert in a Kyiv subway station currently being used as a bomb shelter in the Ukraine capital.  Ukrainian President Volodymyr Zelenskyy invited U2 to perform in the capital city “as a show of solidarity with the Ukrainian people,” as the band revealed in a tweet this morning.

President @ZelenskyyUa invited us to perform in Kyiv as a show of solidarity with the Ukrainian people and so that’s what we’ve come to do. -- Bono and The Edge #StandWithUkraine

Bono and the Edge performed the U2 classic “With or Without You,”  “Desire,” “Sunday Bloody Sunday,” “Angel of Harlem,” “Vertigo” and a version of Ben E King’s “Stand By Me” during the 40 minute set

Bono told the audience “The people in Ukraine are not just fighting for your own freedom, you are fighting for all of us who love freedom.  We pray that you will enjoy some of that peace soon.”

Bono invited Ukrainian singer Taras Topolya and his bandmates from Antytila—who are serving as soldiers amid the invasion—to join them as well.

Before the song, Eddie Vedder said - “It’s never easy when you lose someone.  As you get older, you’ll notice it starts happening more and more. It’s just where you are on the timeline and where your friends are on the timeline. But sometimes, like this, it’s so unexpected. It also makes it harder because he was someone who truly, truly loved living life on this planet. I guess the one thing we can be consoled by is the fact that he never wasted a moment, and he did live his life to the fullest. We just want more of it.”

As part of the 60th anniversary celebration of Dylan as a recording artist, he released a new version of the video for the song "Subterranean Homesick Blues", featuring contributions of  the iconic cards from Patti Smith, Bruce Springsteen, Jim Jarmusch, Wim Wenders, Noel Fielding, and many more, some of whom appear in front of the camera, other who do not 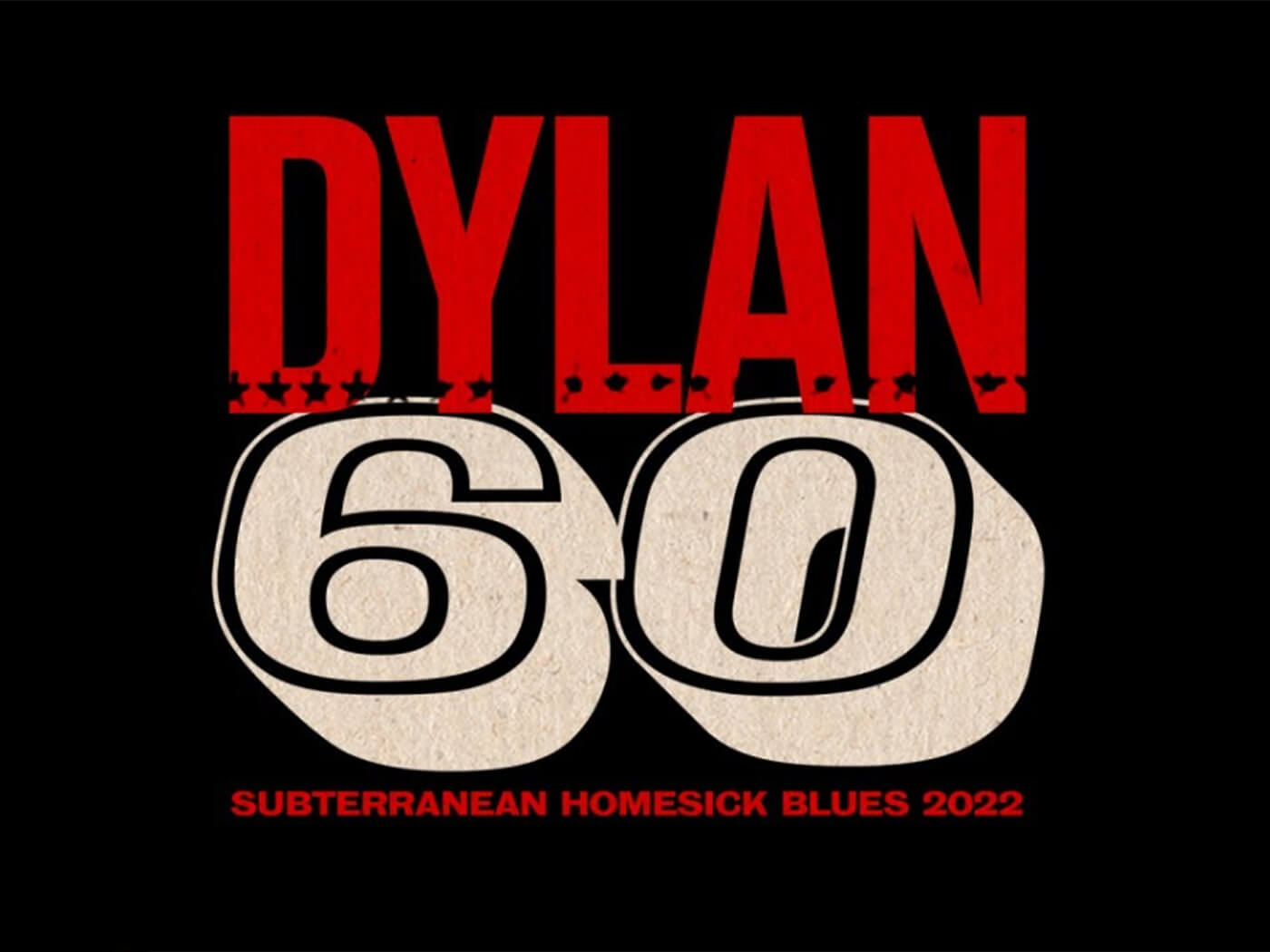 The Dylan 60 website allows you to see all the artists who contributed.

You can watch the remake along with the original below