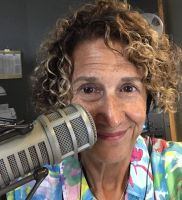 A true radio vet- Randi started her career at age 16 as the first female “jock” in the Minneapolis/St. Paul area. She joined KQRS, one of the original FM Progressive Rock stations in 1970. Randi went on to work at legendary stations WHFS in Bethesda and WBCN in Boston. Most recently Randi was employed by Saga Communications in Portland, Maine, and during her 38-year tenure programmed Saga’s Hot AC, Country, Classic Hits, Talk, and Triple A stations. She did the midday show on Country WPOR and the afternoon show on Triple A WCLZ. 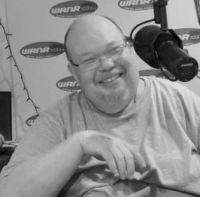 Mike Ondayko has been heard on the airwaves of Baltimore for over 25 years and he’s been calling Anne Arundel County home for the past decade. And, for the last half dozen years or so he’s been here at WRNR playing the music he loves.

Probably remembered most for his time at WIYY Baltimore (98Rock), Mike (then known as Mark Ondayko) was co-host of the Kirk, Mark and Lopez (later Kirk, Mark and Spiegel) morning show from 1994 to 2007.

Among his many honors, Mike has been awarded 'Best of Baltimore' by Baltimore Magazine and the former Baltimore City Paper as well as four nominations for national rock radio personality of the year.

Mike grew up in Middletown, Pennsylvania, and has been following his dream to work in radio since he was a kid, starting off at his high school’s radio station. From there, he graduated with honors in English and Speech from York College of Pennsylvania.
His career includes hosting morning shows in Harrisburg, PA, Atlantic City, NJ, Pensacola, FL, and Augusta, GA, before coming to Baltimore in 1994. Over the last 15 years, Mike has also been heard on the former CBS talk station WHFS and as the afternoon personality on WZBA.

In March 2015, Mike joined 103.1 WRNR and he’s been heard 10am-3pm weekdays on ‘RNR since August 2019. He says what he likes most about WRNR is its musical diversity and the mixture of artists that make up the unique playlist of ‘RNR His musical palate includes Elvis Costello, The Jam, Ramones, Bruce Springsteen, Peter Gabriel, The Rolling Stones, Mumford and Sons, Pearl Jam and Green Day (and just about everything else that ‘RNR plays).

Mike especially likes the die-hard loyalty of RNR’s listeners and their passion for the music he loves as well. He really enjoys the vibe that is Annapolis and the special people that make up our community. He lives just outside of ‘naptown with his partner Mary Jane and daughter Anna. 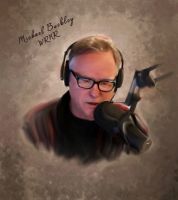 The Sunday Brunch on WRNR is an eclectic, mellow mix, just right for a Sunday morning - featuring Voices of the Chesapeake Bay interviews with amazing Chesapeake people.

Click HERE to learn more about Voices of the Chesapeake Bay