Flashmob group CITYROCKS has done it again - assembling 150 musicians in Romania to perform the Green Day hit - Boulevard of Broken Dreams.  Check out the video -

The group had previously covered Nirvana‘s ‘Come As You Are’ and Metallica‘s ‘Enter Sandman’.

Impressive as it is - it hardly holds a candle to the 1000 musicans who gathered to perform Foo Fighters!

Dave Grohl and producer Greg Kurstin have once again kicked off the holiday season with a second installment of the 'Hanukkah Sessions' - their series of cover songs made famous by Jewish artists. To kick off the 2021 series, Grohl and Kurstin are have an amazing version Lisa Loeb’s coffee house classic “Stay (I Missed You)” and The Ramones "Blitzkreig Bop"

The 2020 series include covers by by Beastie Boys, Drake, Mountain, Bob Dylan, Elastica, The Knack, and The Velvet Underground.

The Blue Bear School of Music opened its doors in 1971 - and over the past 50 years - they've helped 40,000 students discover the power of rock and roll.

To celebrate their golden anniversary - students from the “original school of rock” celebrated with a performance of the David Bowie classic “Suffragette City” ... and they were joined by none other than Jack Black - who happened to star in a movie called  ... School of Rock.

On the performance - Black said: “A good friend of mine (Paul Cummins) told me about Blue Bear and the incredible work they’ve been doing.  I jumped at the chance to celebrate their 50th anniversary by jamming some Bowie with their teen all-star band. So fun. What an honor. They’ve been teaching kids to rock since 1971! I love Blue Bear…the original school of rock!!!” 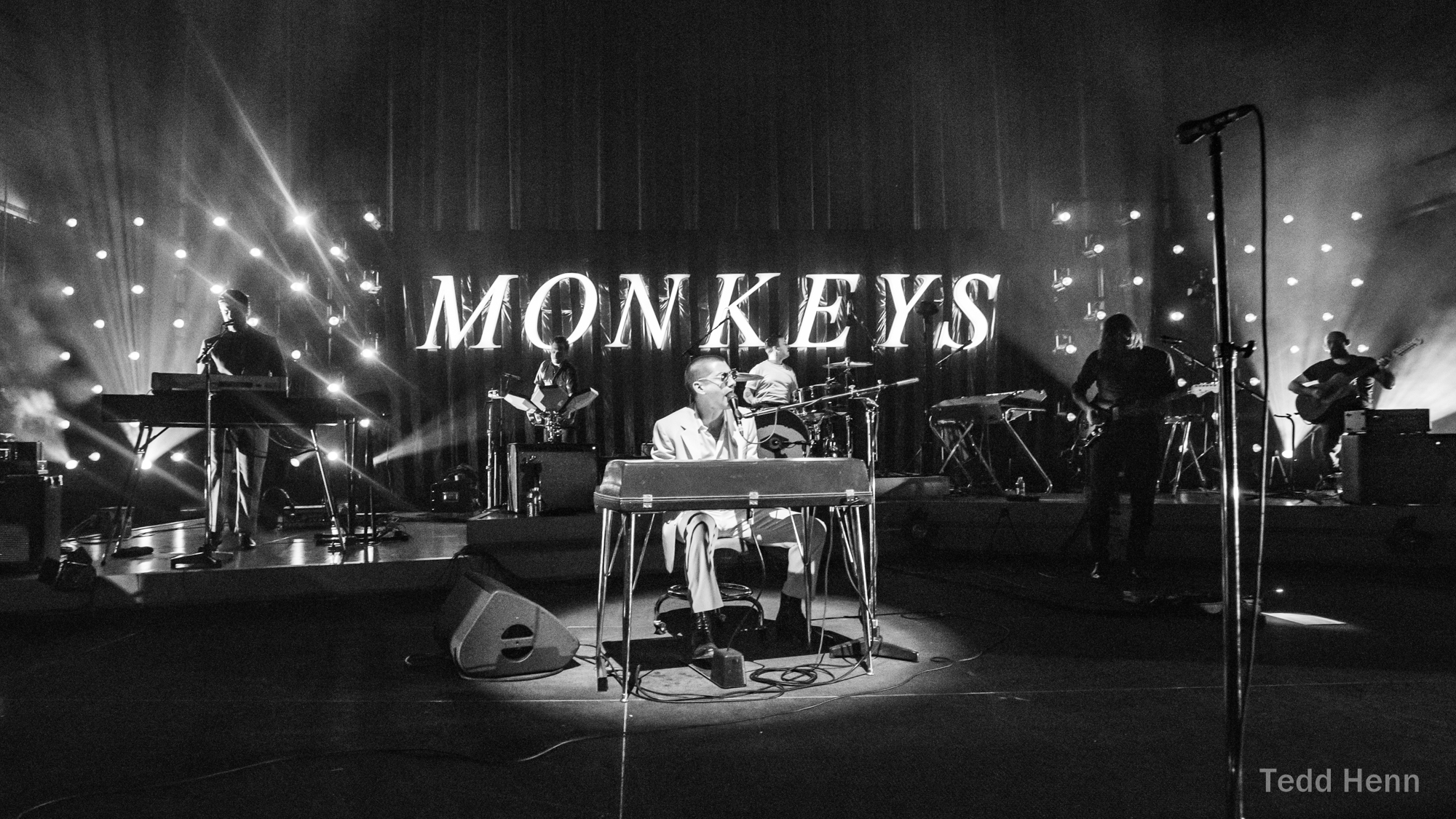 Drummer Matt Helders dropped some news on the BBC last week - when asked  if the new album was “ready to go”, he replied: “Yeah, pretty much, yeah. It was a bit disjointed how we had to do it, and there are bits to finish off, but yeah, it’s all in the works ... I think by the time we get everything together it’ll be next year. Hopefully we can get out and tour next summer.” 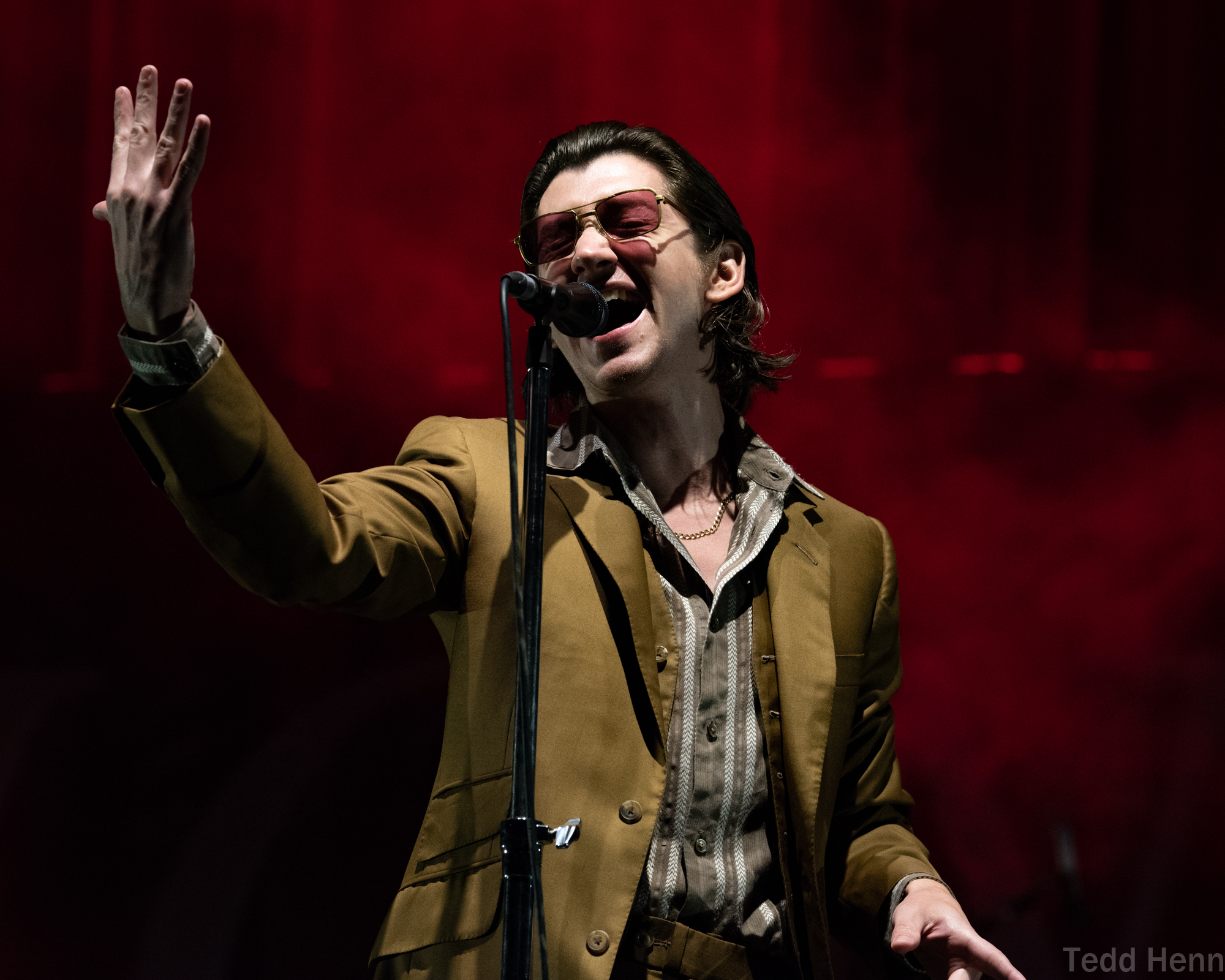 Helders gave a little intel on the album's sound:

“We tend to always move it on a little bit ... For us, because we’re so involved in it, it always makes sense. They always kind of pick up where the other one left off in a way. It makes sense when you think about it in the context of the last record. But we always do try and do something a bit different – it’s kind of hard to describe. You can tell it’s the same band.”

With 2022 festival lineups starting to pop up - could AM land on some in the states?  We shall see

Jack White has announce he will be releasing two albums in 2022: Fear of the Dawn is due out April 8, while Entering Heaven Alive will be out July 22. The announcement was accompanied by a new video for the first single from the albums -  “Taking Me Back,” directed by White and co-directed by Lauren Dunn, below.

Both Fear of the Dawn and Entering Heaven Alive are being released via Third Man Records.

He was in a band called Scream ...

He's got one of the most recognizable screams in rock music.

And now Dave Grohl is hitting the big screen to make you scream. 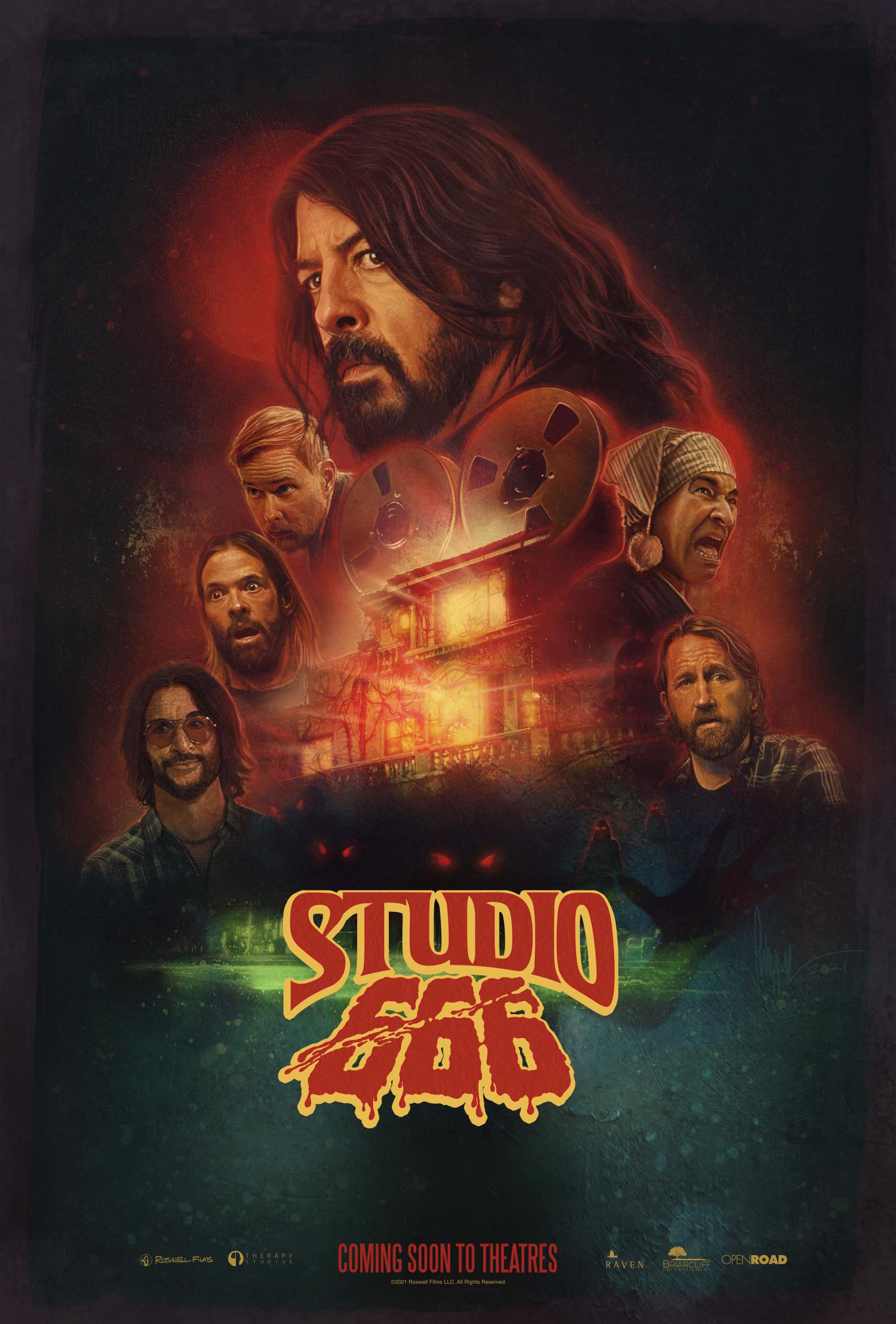 In STUDIO 666, the legendary rock band Foo Fighters move into an Encino mansion steeped in grisly rock and roll history to record their much anticipated 10th album.  Once in the house, Dave Grohl finds himself grappling with supernatural forces that threaten both the completion of the album and the lives of the band

“After decades of ridiculous music videos and numerous music documentaries under our collective belts, it was finally time to take it to the next level… A full length feature horror comedy film,” said Dave Grohl. “Like most things Foo, STUDIO 666 began with a far fetched idea that blossomed into something bigger than we ever imagined possible. Filmed at the same house where we recorded our latest album “Medicine at Midnight” (told you that place was haunted!) we wanted to recapture the classic magic that all of our favorite rock and roll movies had, but with a twist: hilarious gore that fucking ROCKS. And now, with the help of Tom Ortenberg and the team at Open Road Films we can finally let this cat out of the bag after keeping it our best kept secret for two years. Be ready to laugh, scream, and headbang in your popcorn. STUDIO 666 will fuck you up.”

YouTube sensation Nandi Bushell is at it again - this time the musical prodigy has paid tribute to the late Rolling Stones drumer Charlie Watts - via a multi-instrumental loop cover of  “Gimme Shelter.”

In what might be her best videos yet - the 11 year old plays drums, electric guitar, keys, saxophone and even sings.

Nandi wrote in the video description:

“This cover is for Charlie Watts, I wanted to do something really special for Charlie. This is my most ambitious cover yet. Gimme Shelter is such an incredible tune. I hope one day I get to jam with The Rolling Stones too. Mick Jagger, Keith Richards and Ronnie Wood – I LOVE THE ROLLING STONES!”

Seriously - the sky is the limit for Nadni!

... and they had a member of rock royalty give their induction speech - Sir Paul McCartney.

During his speech - Paul sung the praises of one Mr. Dave Grohl and even commented on the similarities of their careers -

“So me, a teenaged kid in Liverpool, just an ordinary kid going to school like everybody else. And then one day, I heard some music, and I fell into rock ‘n’ roll. It just happened one day. Suddenly, the world changed, and I just fell through a hole in time, and suddenly, I was in rock ‘n’ roll. OK, so by the same time in his life, Dave did the same kind of thing. You know, he’s just an ordinary, kind of goofy kid… and the same thing happened. He falls through the same hole, and he’s in rock ‘n’ roll. And it’s gonna be his life. It’s gonna take over everything.

And nothing was ever the same again. And it’s so magical. Everyone who knows, everyone who’s connected with it, everyone who loves rock ‘n’ roll, it really is a magical thing that contains so many elements. Like all of the people we’ve heard tonight, I mean, it’s just unbelievable, yeah? So I feel super-privileged to be here tonight, inducting these guys.

So when that happened, and I feel into rock ‘n’ roll, I joined a group. And my group was the Beatles. Like I say, the world changed. Dave did a similar kind of thing. He joined a group — Nirvana. We had a great time with our groups, but then eventually tragedy happened, and my group broke up. The same happened with Dave: His group broke up under tragic circumstances. And so then the question is, what do you do now? And we both were presented with that question. In my case, I thought, “Well, I’ll make an album where I play all the instruments myself.” So I did that. Dave’s group broke up — what’s he do? He makes an album where he plays all the instruments himself. Do you think this guy’s stalking me?

Anyway, so me, I’m going to name my new group, and I call them Wings. So Dave’s got the same problem, and he’s got to think of a name for the group, so he comes up with Foo Fighters. So now the group is formed, and it’s ready to take flight. It’s Dave, Taylor, Nate, Pat, Chris and Rami – all the members of the Foo Fighters. So here they are tonight. I was just saying to them in the dressing room, ‘This is it. You’re here in Cleveland, and tonight, you’re going to be inducted into the Rock and Roll Hall of Fame. I mean, it’s not just any Hall of Fame, it’s the fucking Rock and Roll Hall of Fame.'”

Paul then went on to join FF for a little jam session - that included  a medley of Best Of You, My Hero and Everlong - as well as the Beatles classic Get Back

THAT IS SIR PAUL MCCARTNEY JOINING THE #FOOFIGHTERS TO SING “GET BACK” at the #RockAndRollHallofFameInduction #RockHall2021 #rockhallinduction @wkyc #PaulMcCartney #ThFooFighters pic.twitter.com/ITY5VOYsYp