90s icons Beavis and Butt-Head have come out of hiding for the first time since their 2011 revival to rip apart the music video for Portugal. The Man’s latest pop hit, “Feel It Still.”

The show’s creator, Mike Judge, created this two-minute video in which the raucous duo attempts to make fun of “Feel It Still” before quickly realizing that “when you compress this much crap under the force of this much pretention, you create a beautiful diamond.” Butt-Head goes on to call Portugal. The Man “better than the Beatles, better than the Rolling Stones, better than Silverchair, almost as good as Pantera.”

The band have been using the video to open their shows on tour for last summer’s Woodstock. You might just be able to see it on the big screen yourself when they play Merriweather Post Pavilion on September 21. Get your tickets here.

It has been said that Bruce Springsteen is  the ultimate bar rocker .. but for the past year - but its been a few years since THE BOSS played at a local dive bar - he's even been on Broadway for the past year ...  but last night - he joined Portugal. the Man and Danny Clinch's Tangiers Blues Band for the grand re-openning of the bar/bowling alley/live music space - Asbury Lanes...  The show's capacity?  700!

The Boss commented: “We didn’t know if we would ever see Asbury come back or not, in our lifetime, so it’s been a joy watching what’s been happening in town over the past 10, 15 or 20 years ... I walk down the boardwalk now, I feel like the Ghost of Christmas Past ... But that’s okay. It’s fun to watch Asbury’s future unfold in front of me.”

All good things must come to an end - so why not go out with a bang - and that's exactly what happened on Sunday in the Woodlands for Firefly 2018.

We came, we saw, we partied, we drove home and got some much needed sleep.

Here's a few of our Sunday faves: 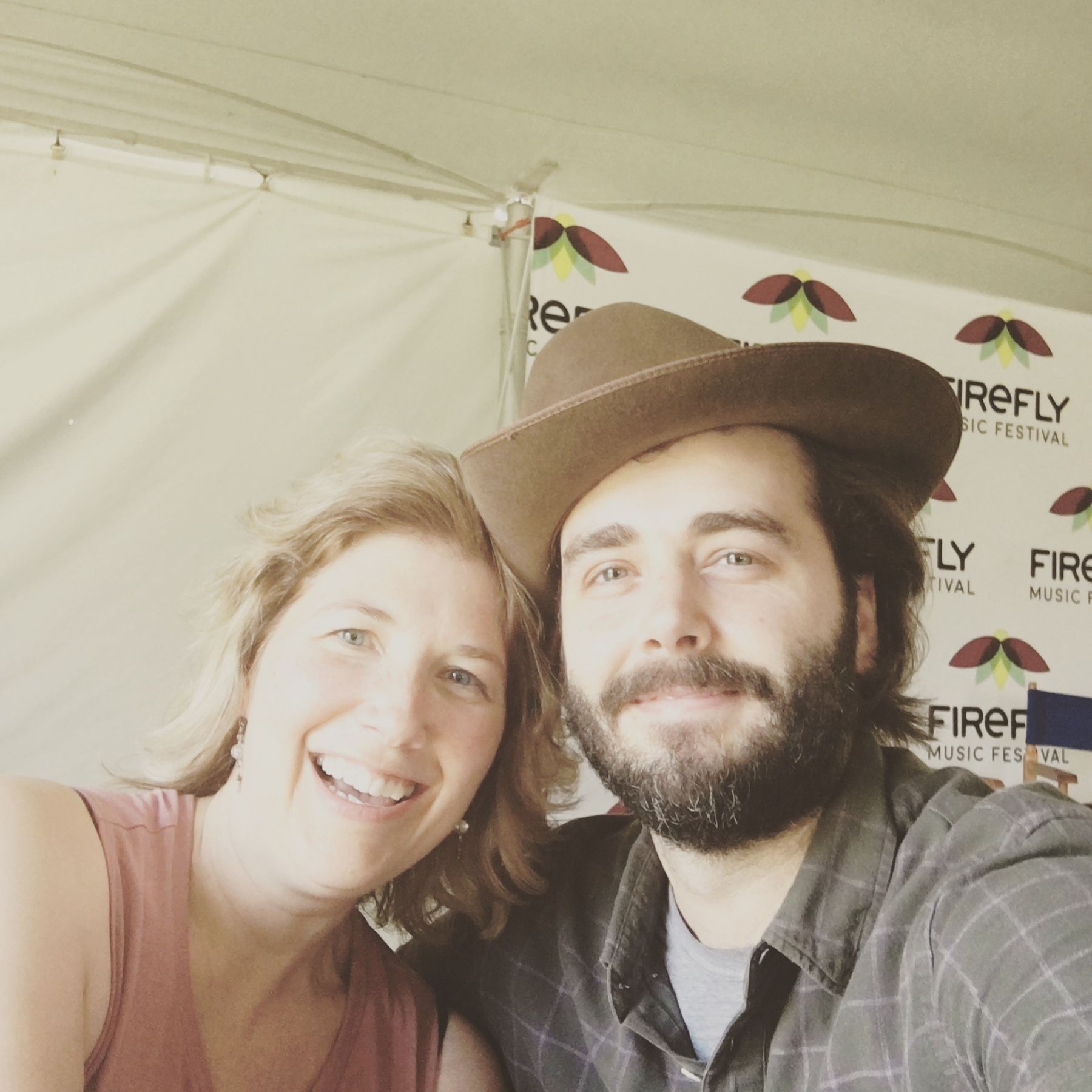 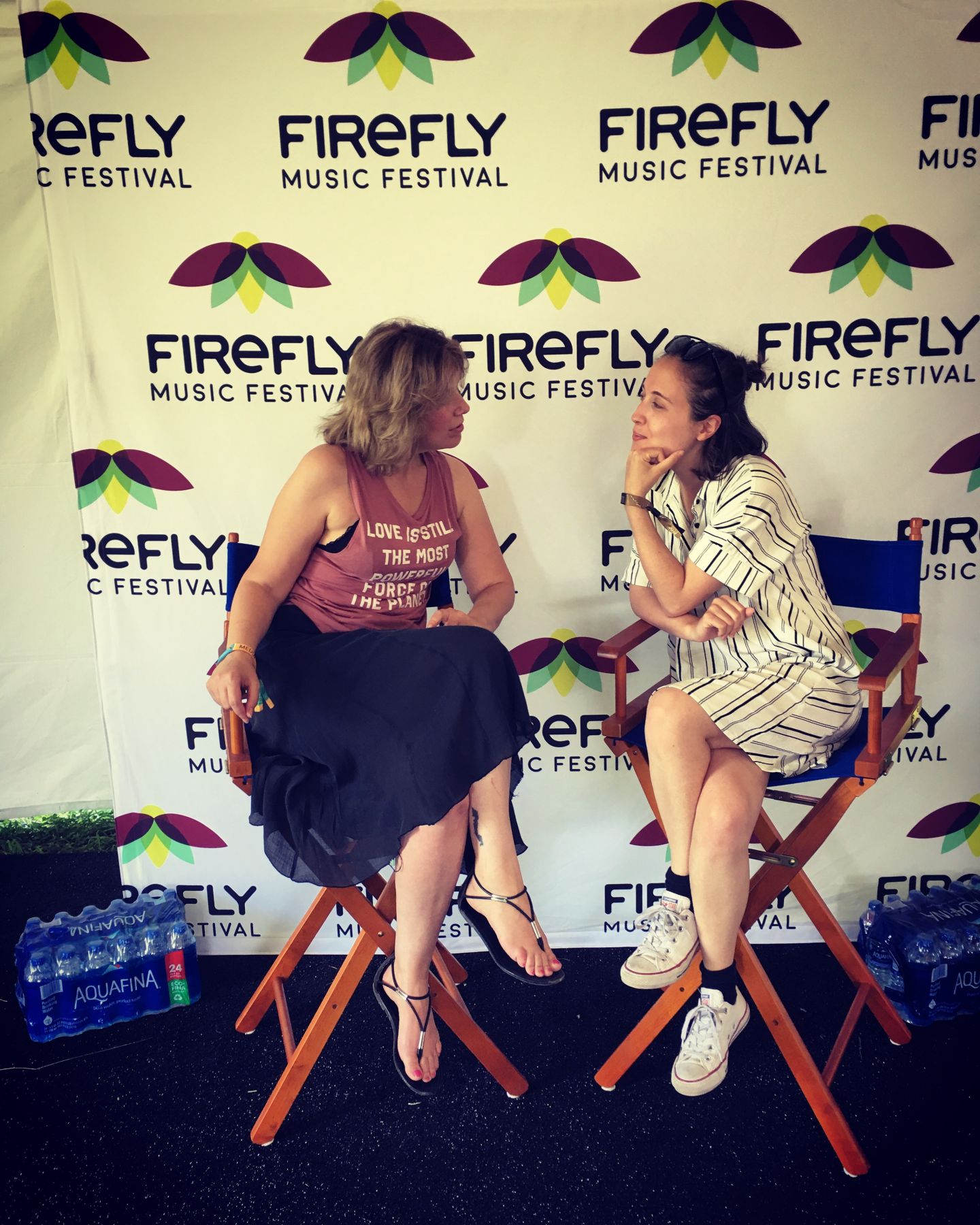 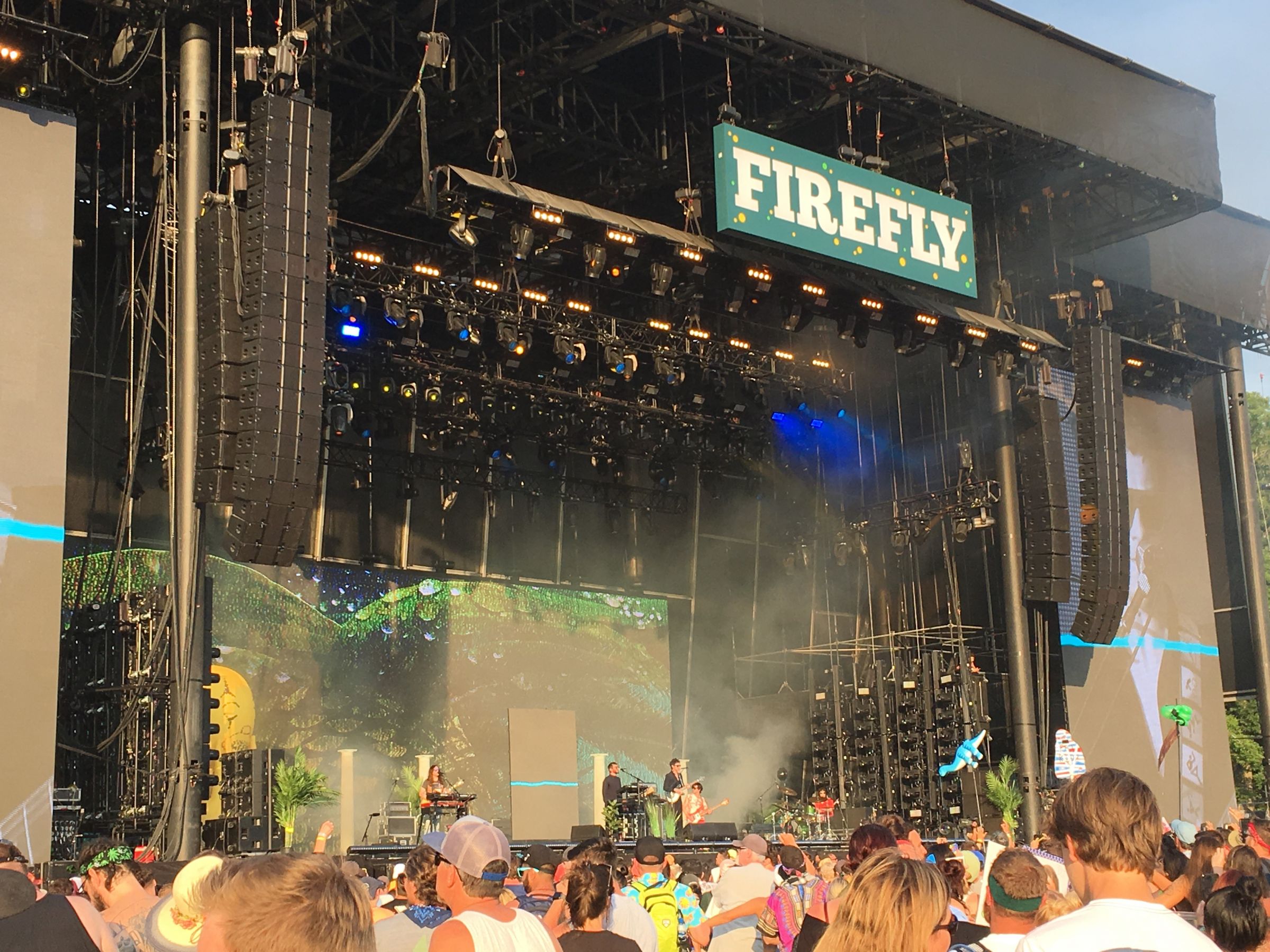 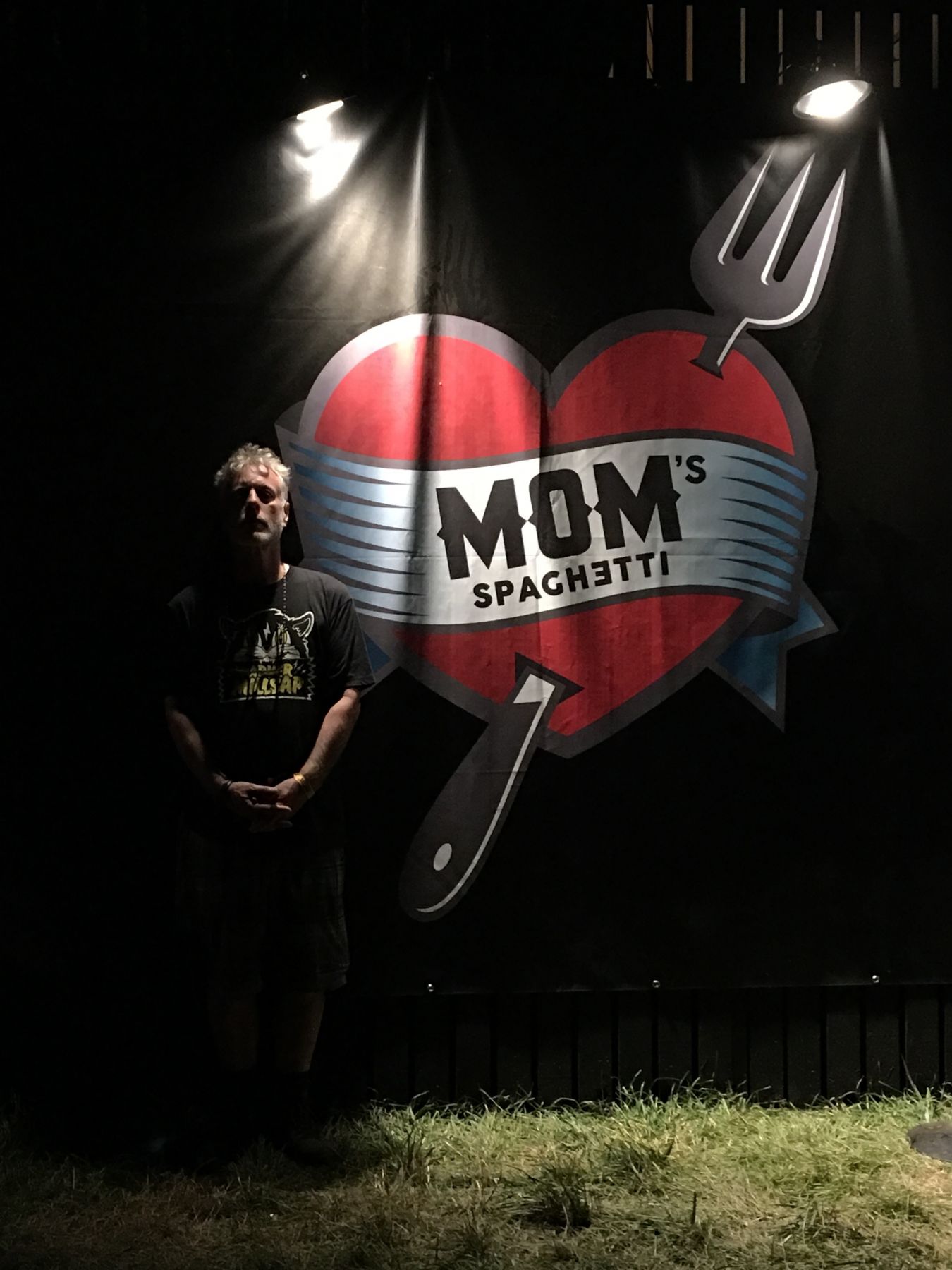 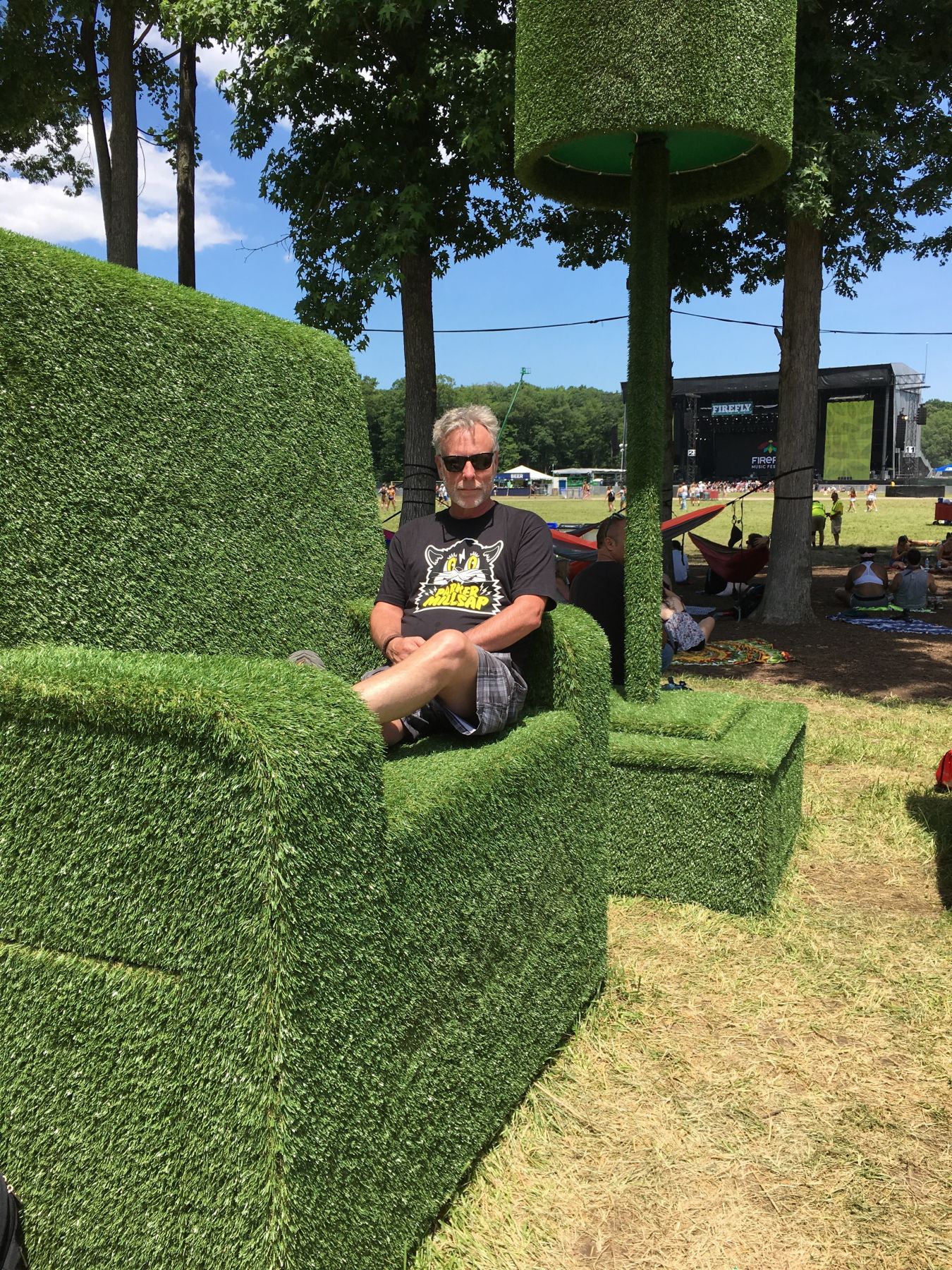 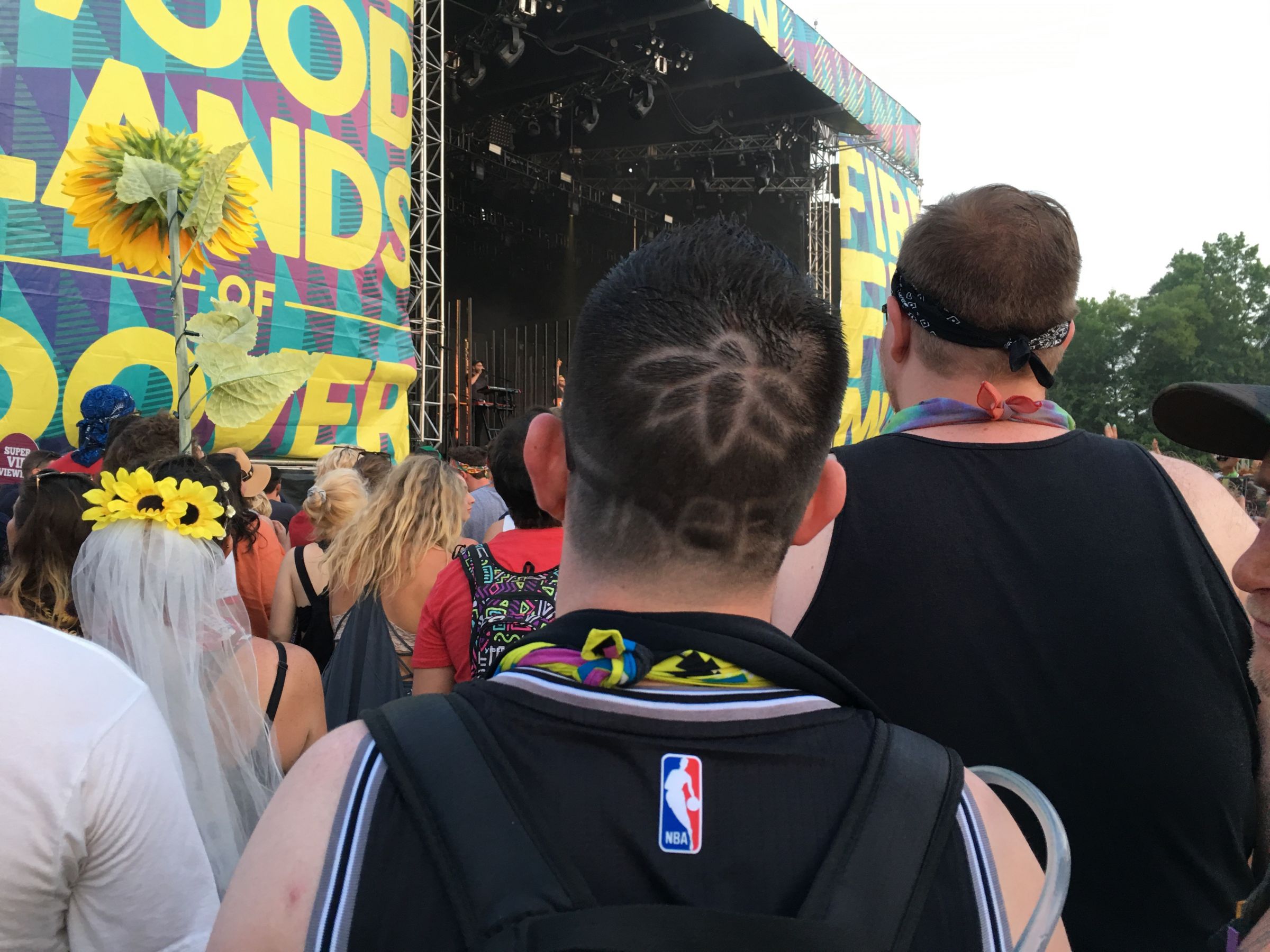 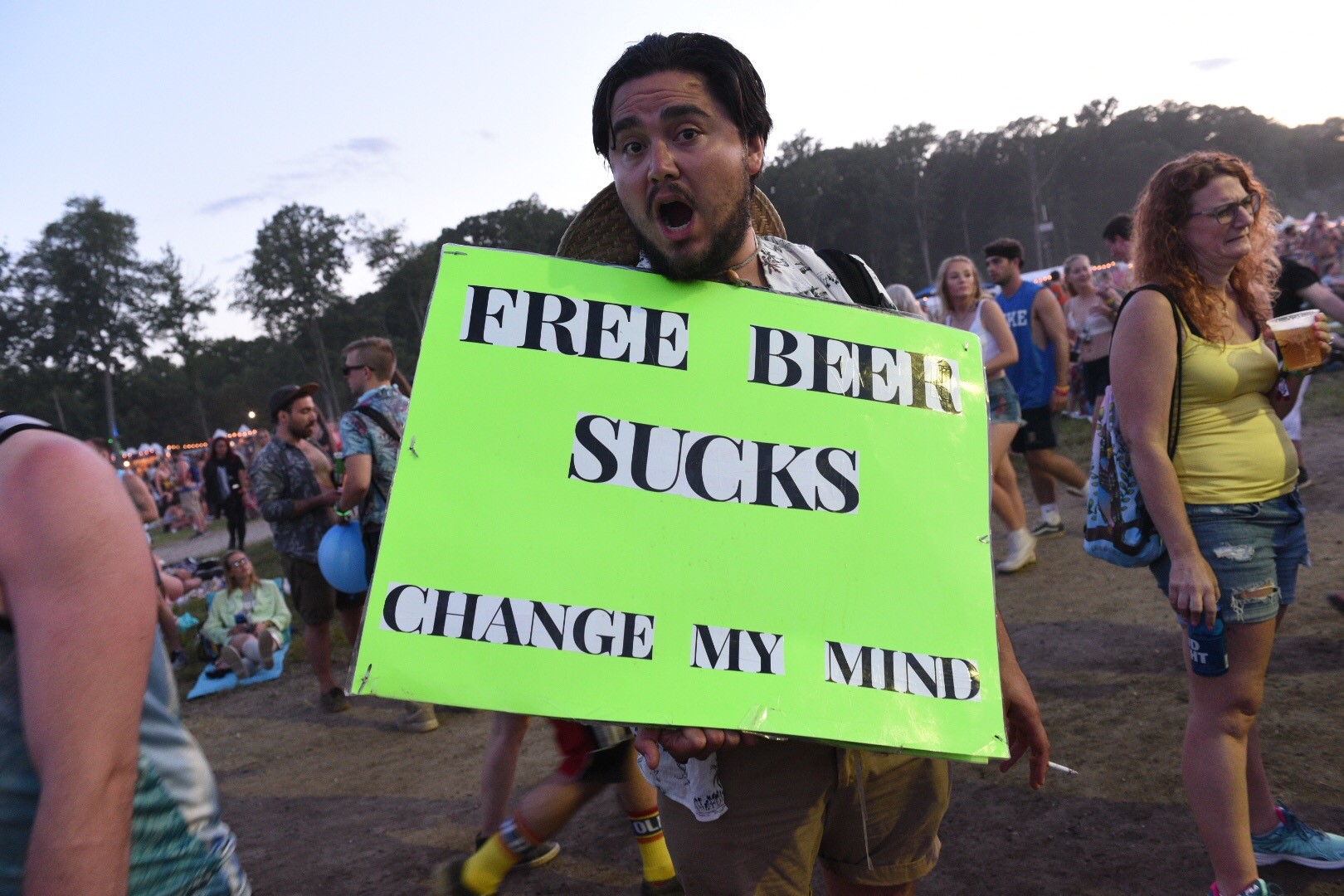 The second full day of Firefly 2018 ... the line up was all over the place - so setting your schedule was key!

We learned that the lead singer of Firefly Fine Print Band - Middle Kids  - used to live in Annapolis!  We learned that Portugal. The Man are already wrapping up a new album and are still some of the coolest dudes on the planet.  And we learned that 2018 Firefly Vibes are pretty amazing! 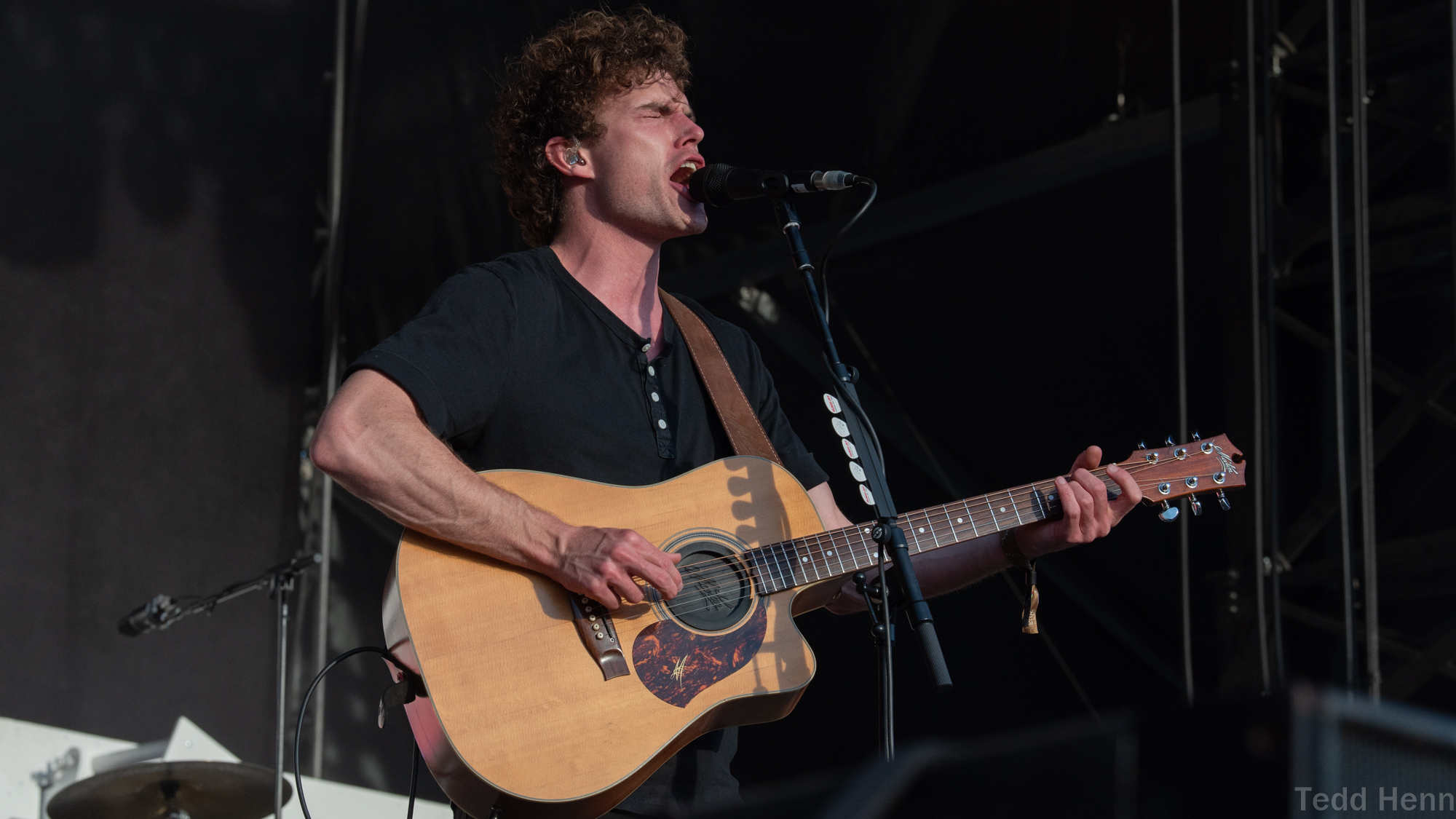 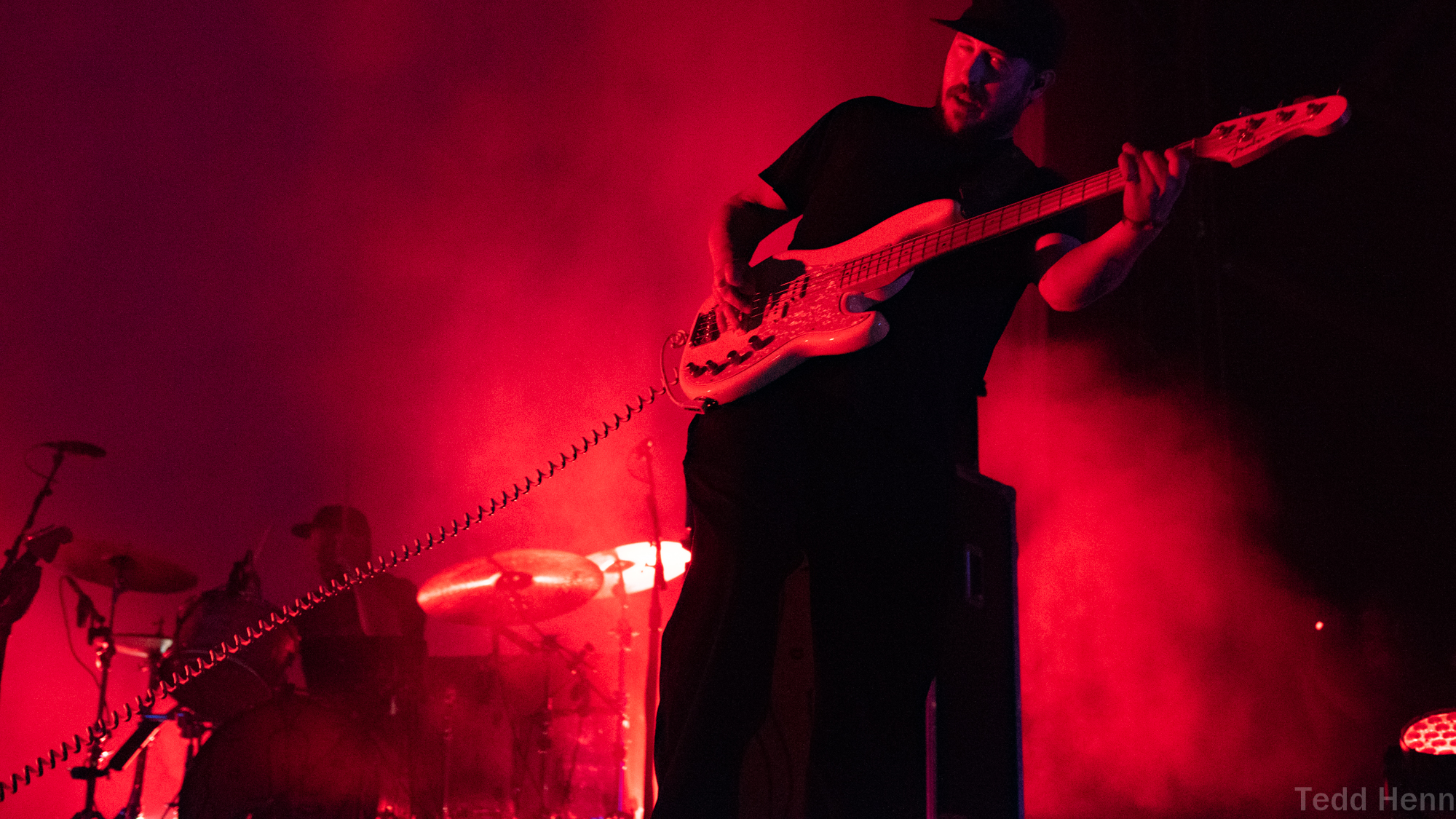 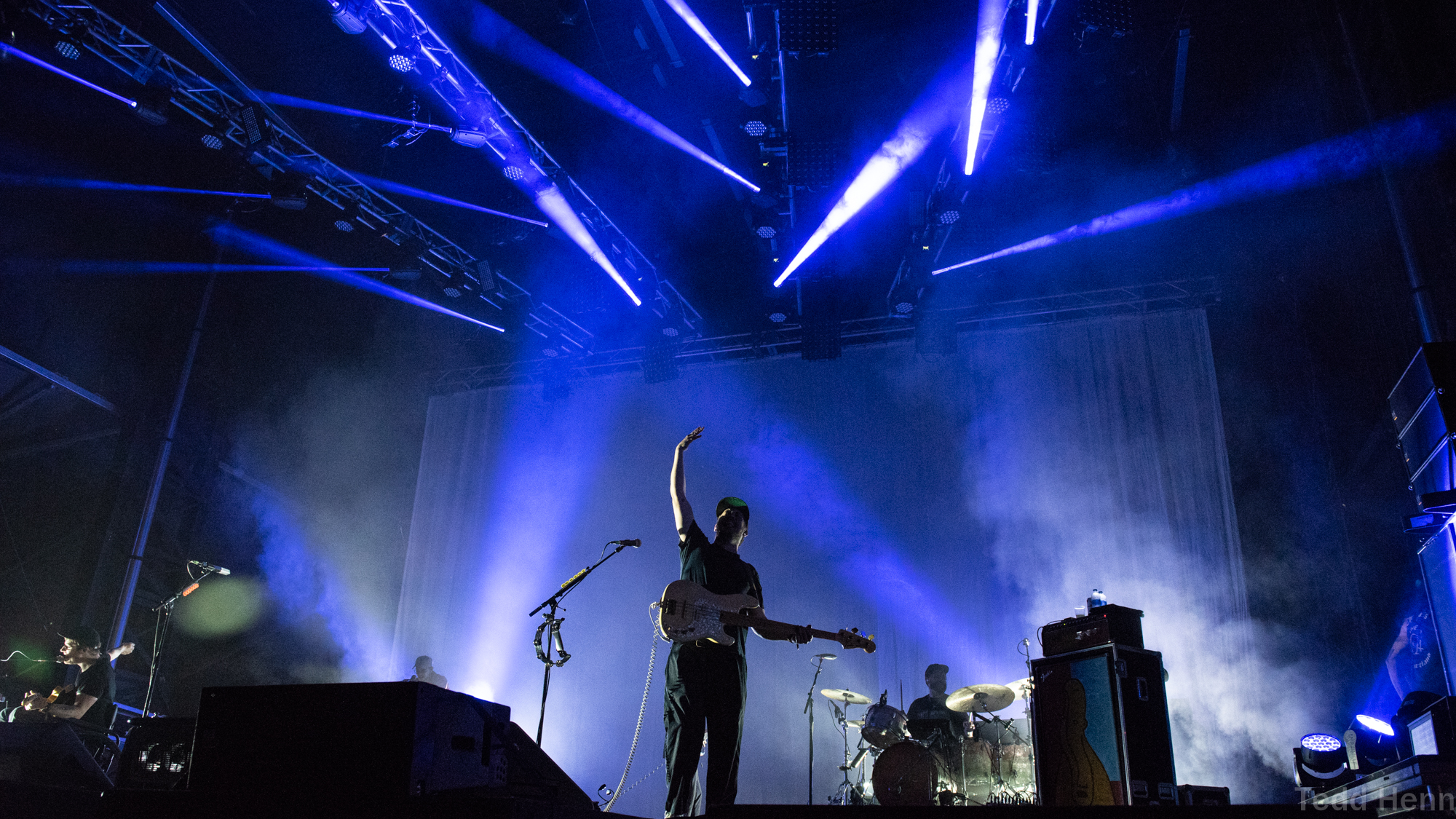 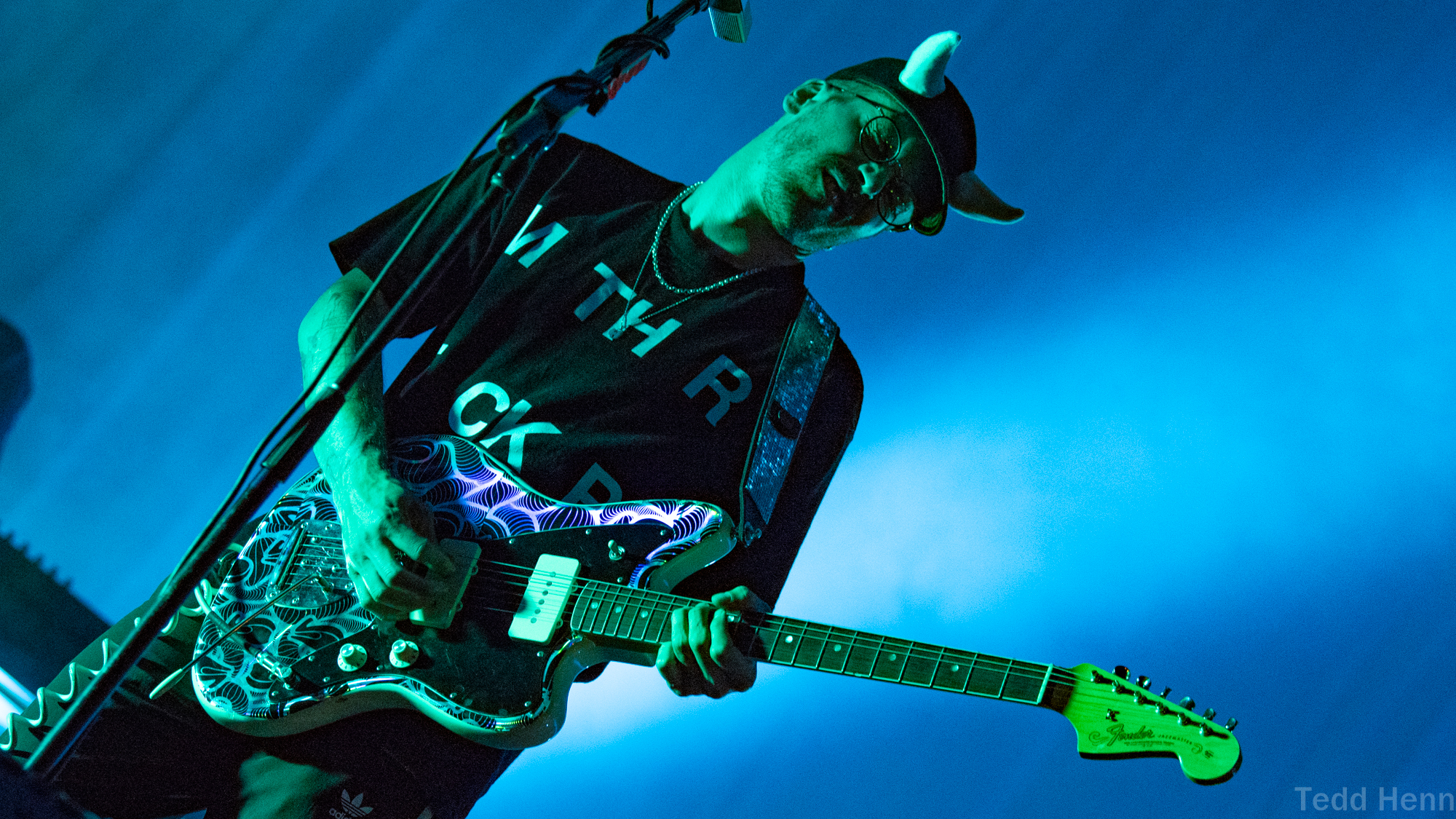 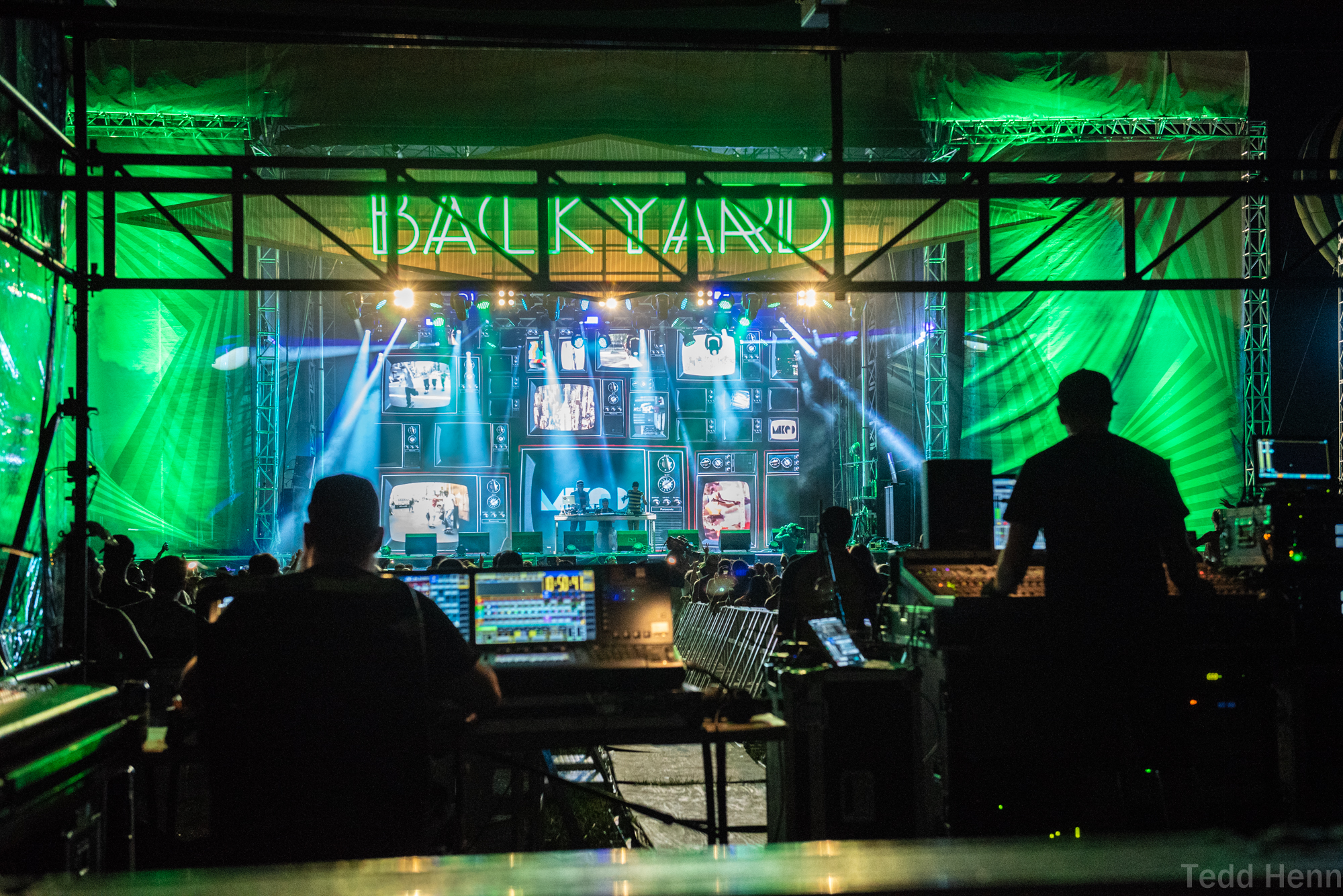 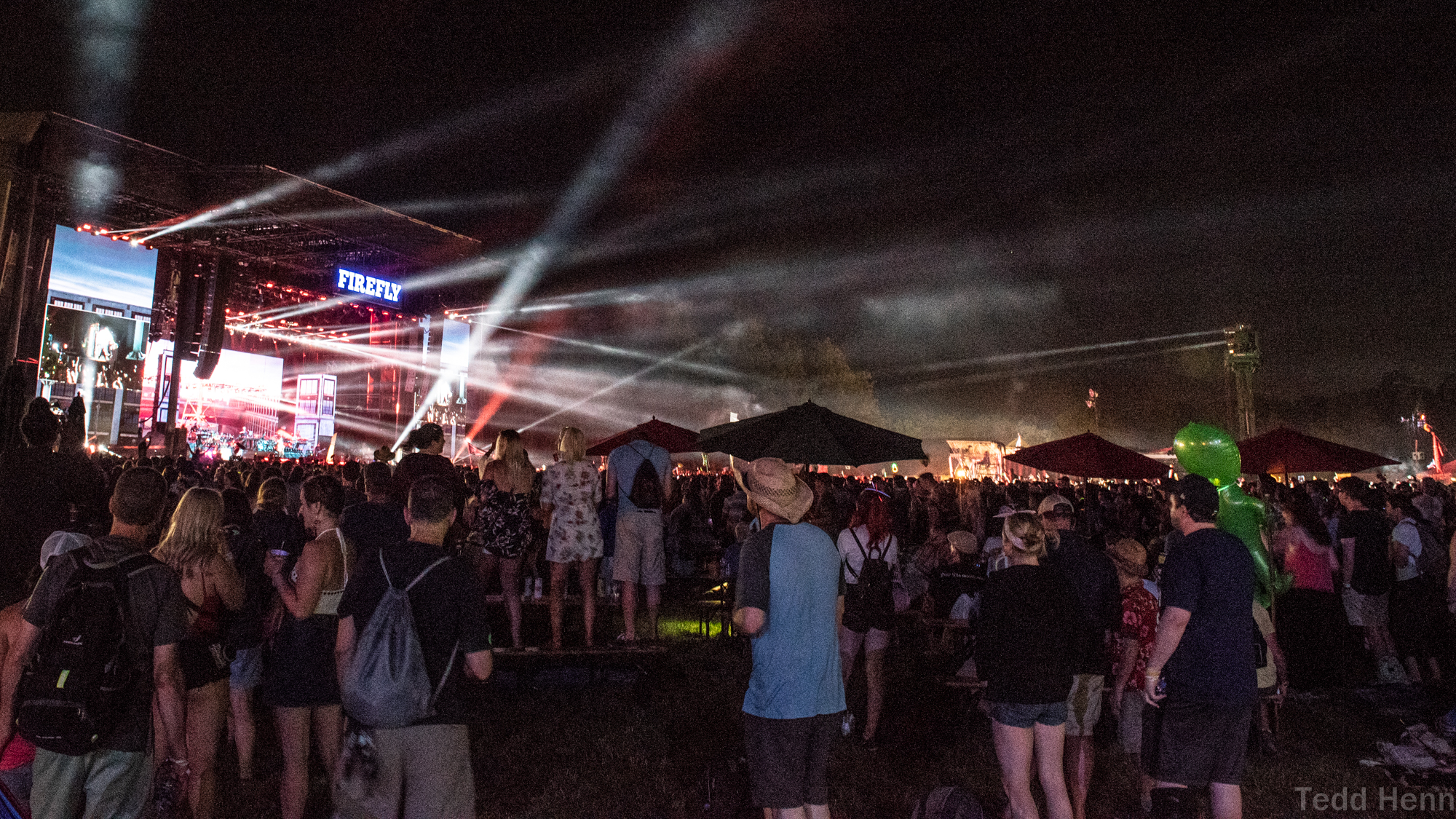 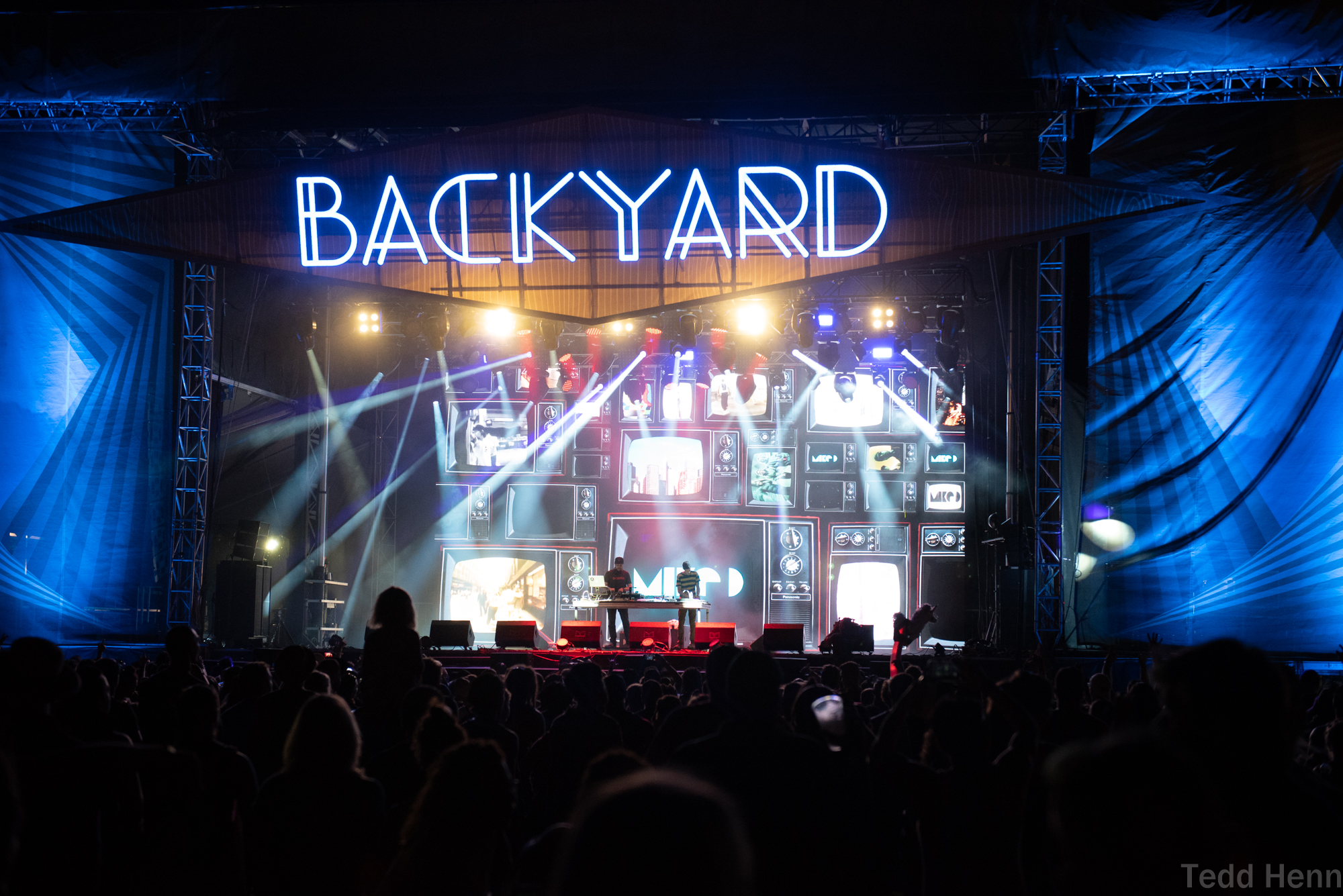 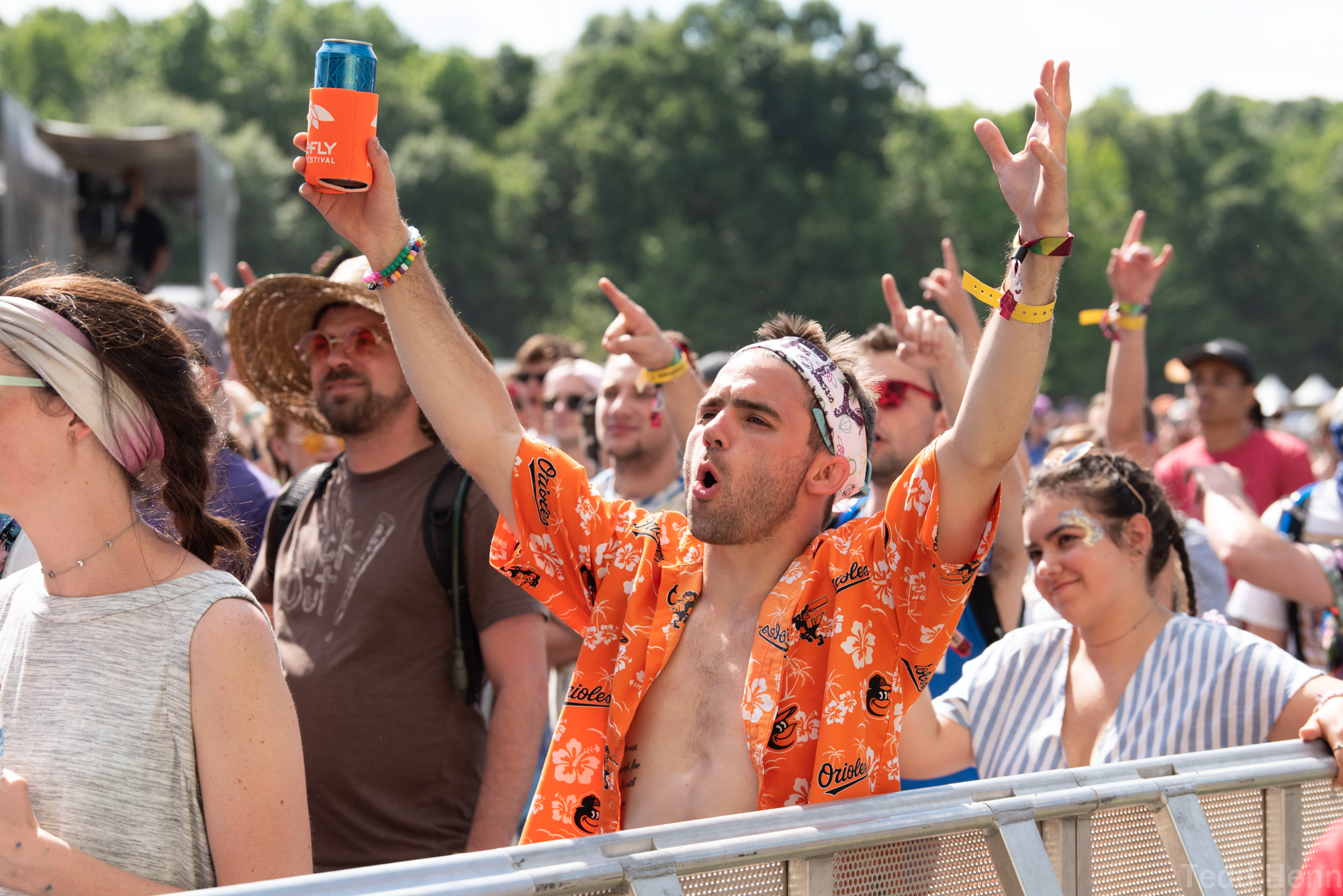 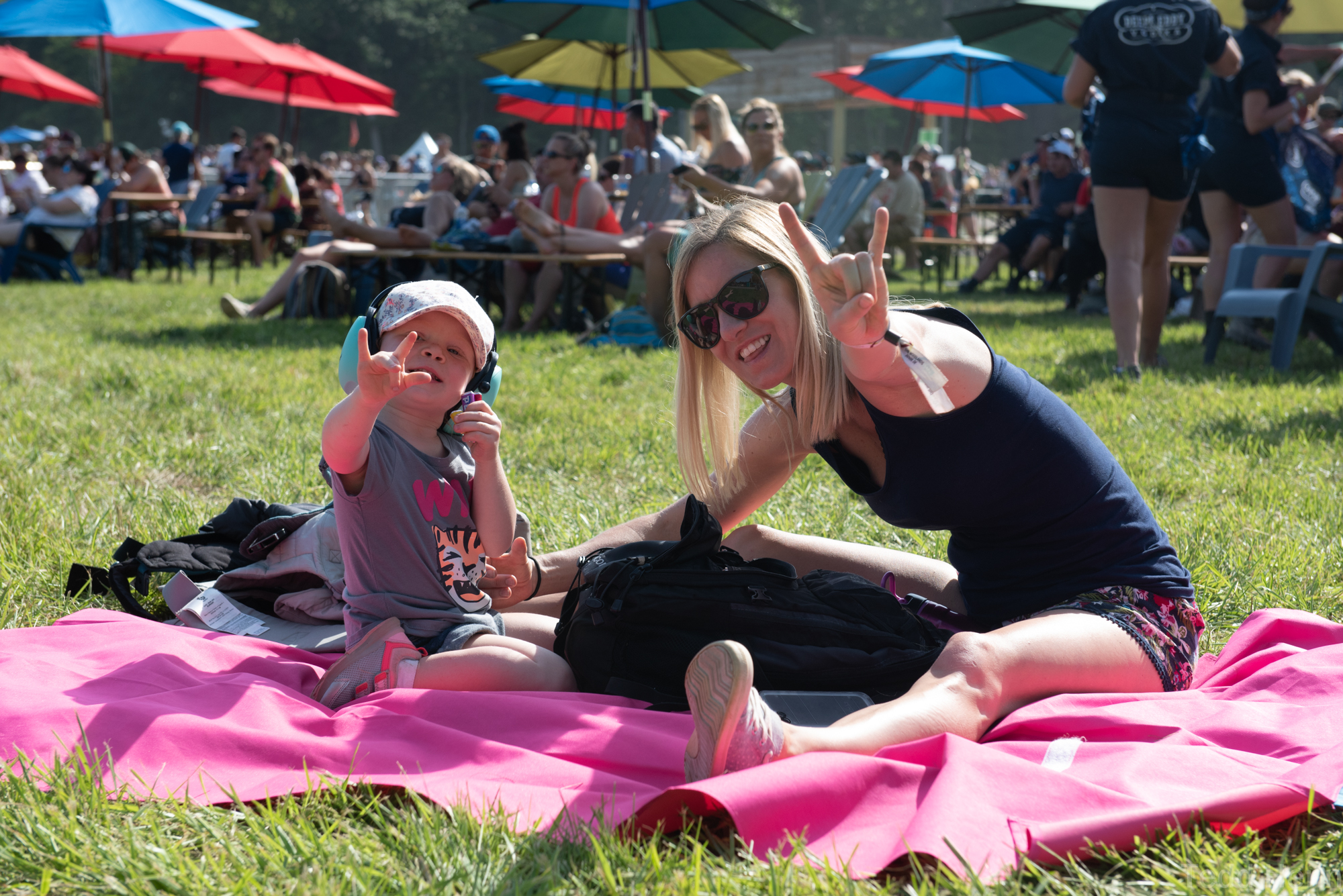 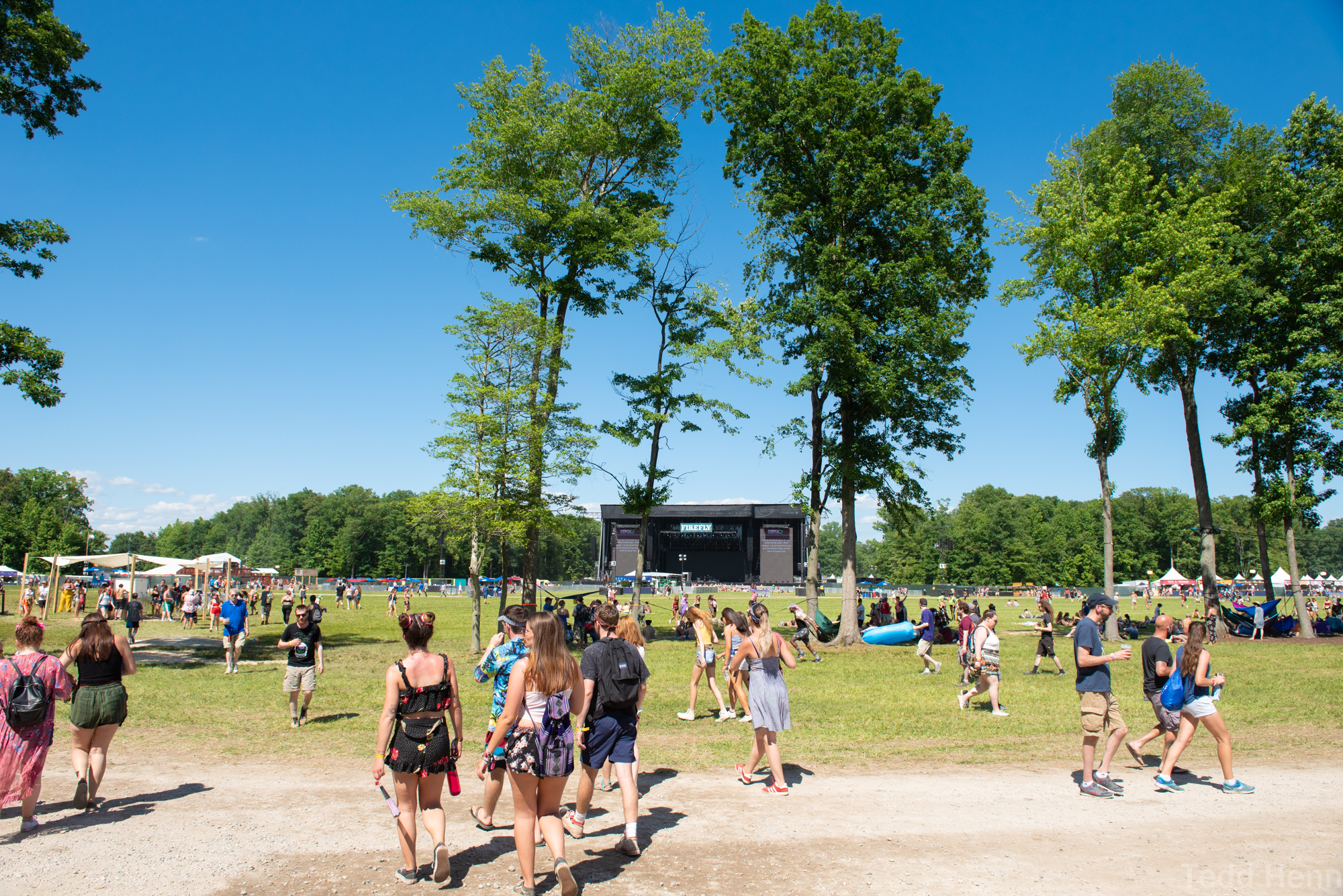 Day one of Firefly 2018 is in the books - and it was a good one.  Check out some of the highlights

All photos by Tedd Henn 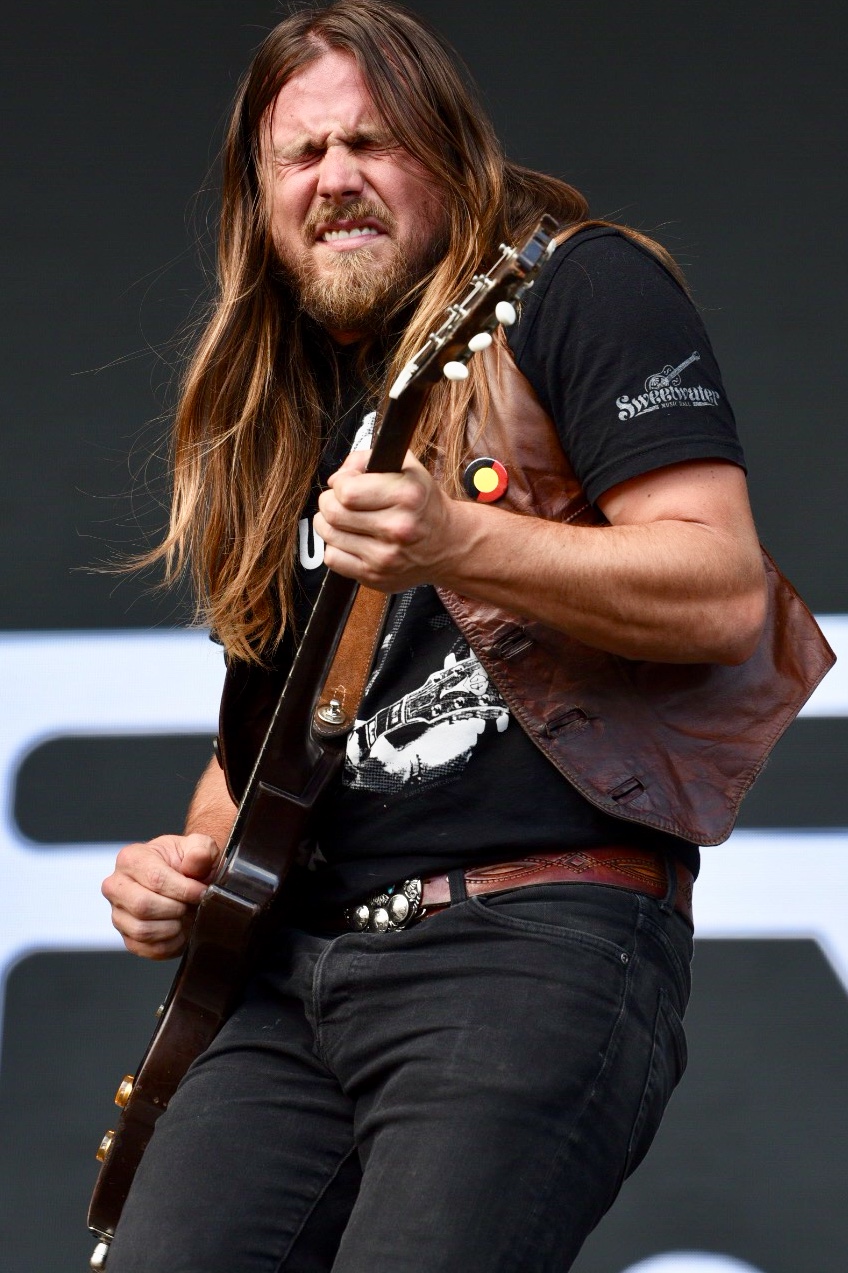 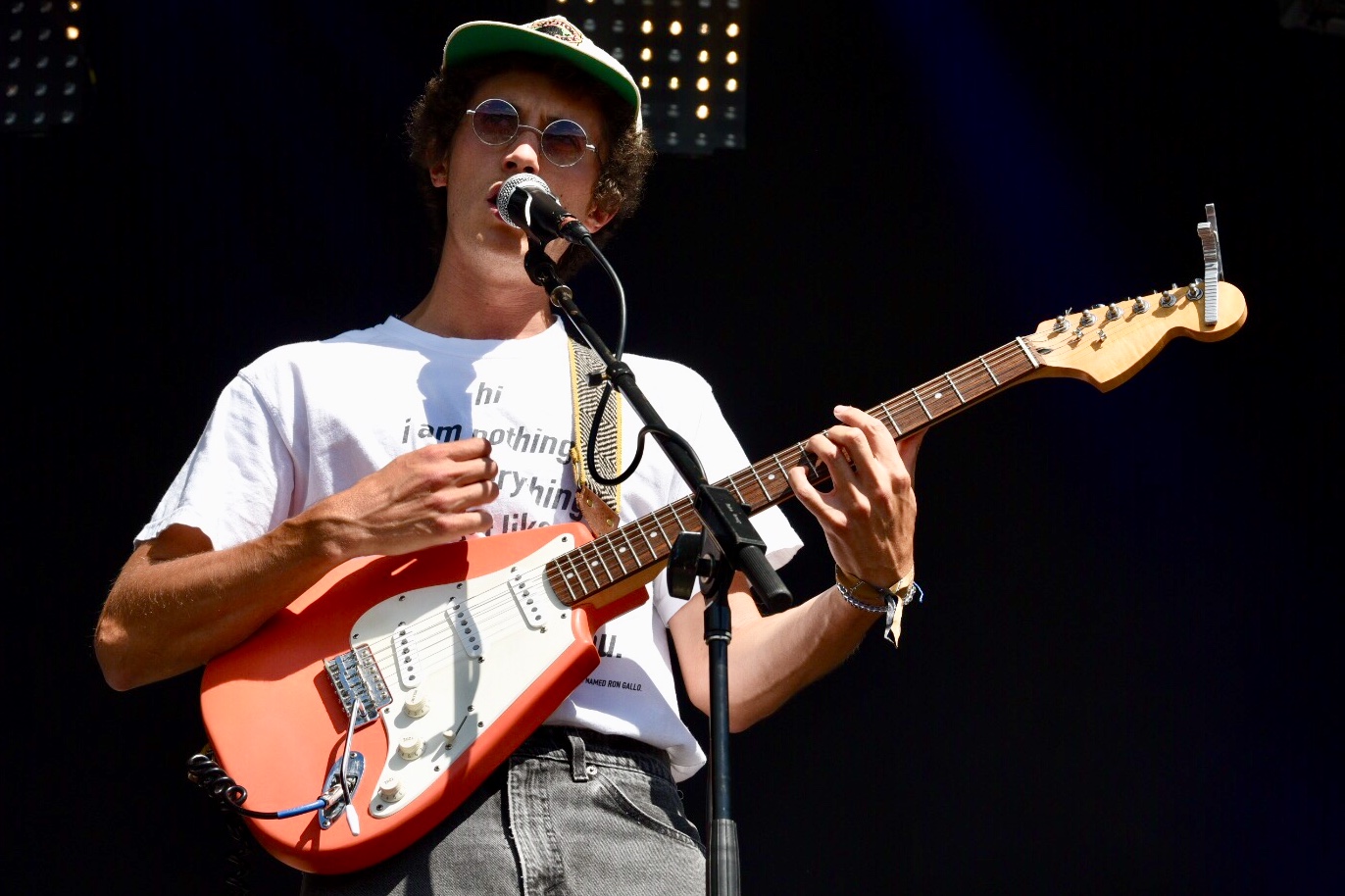 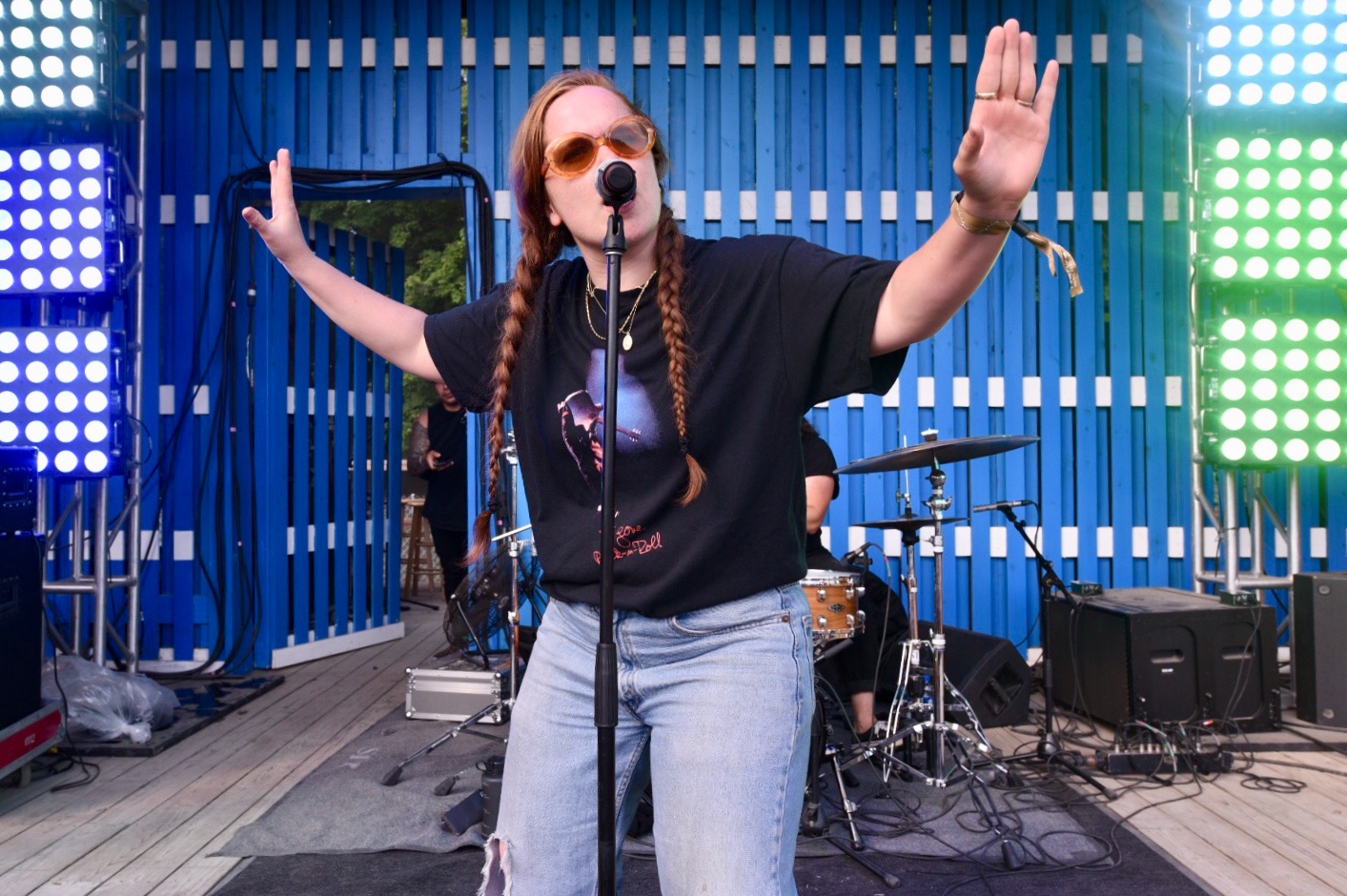 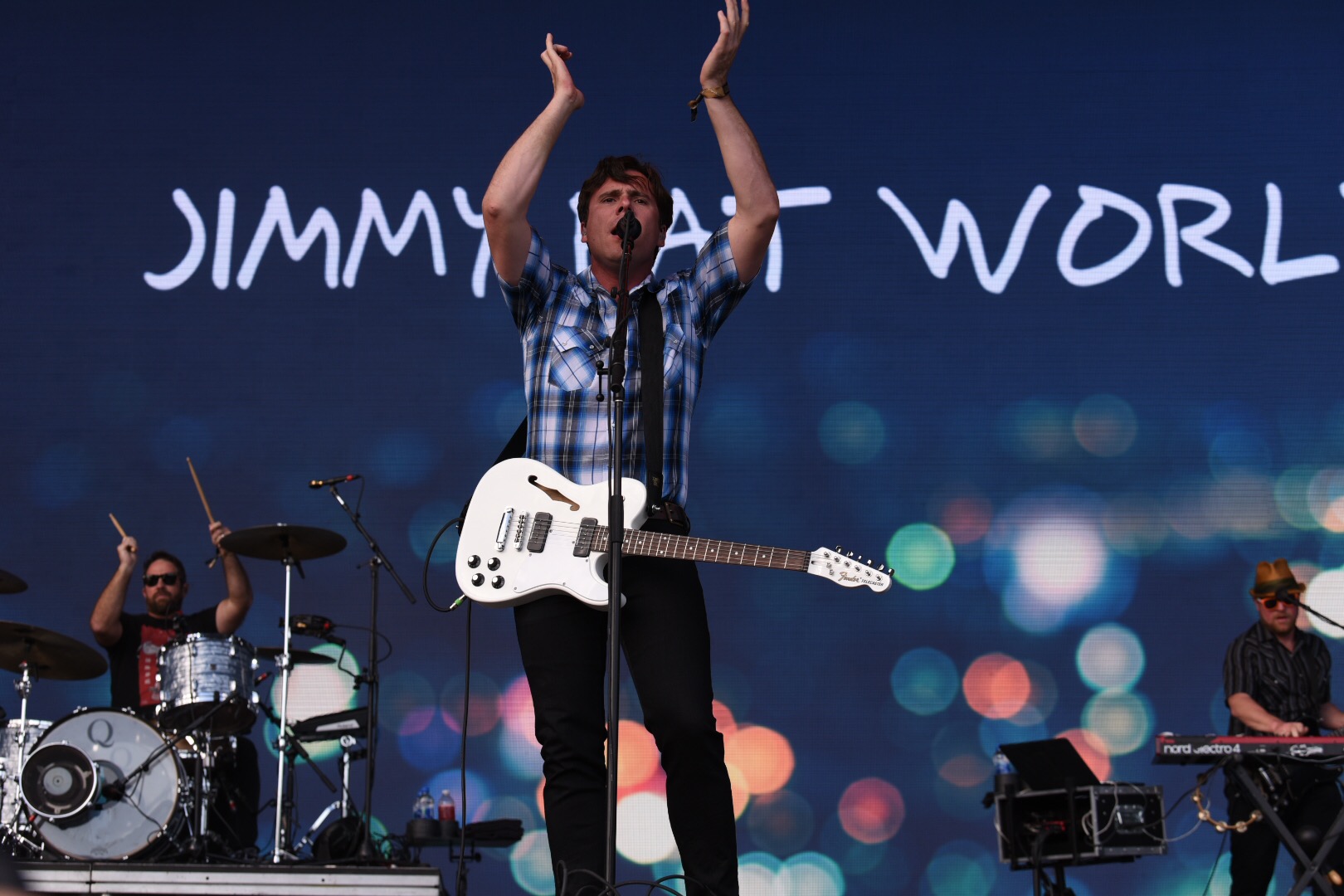 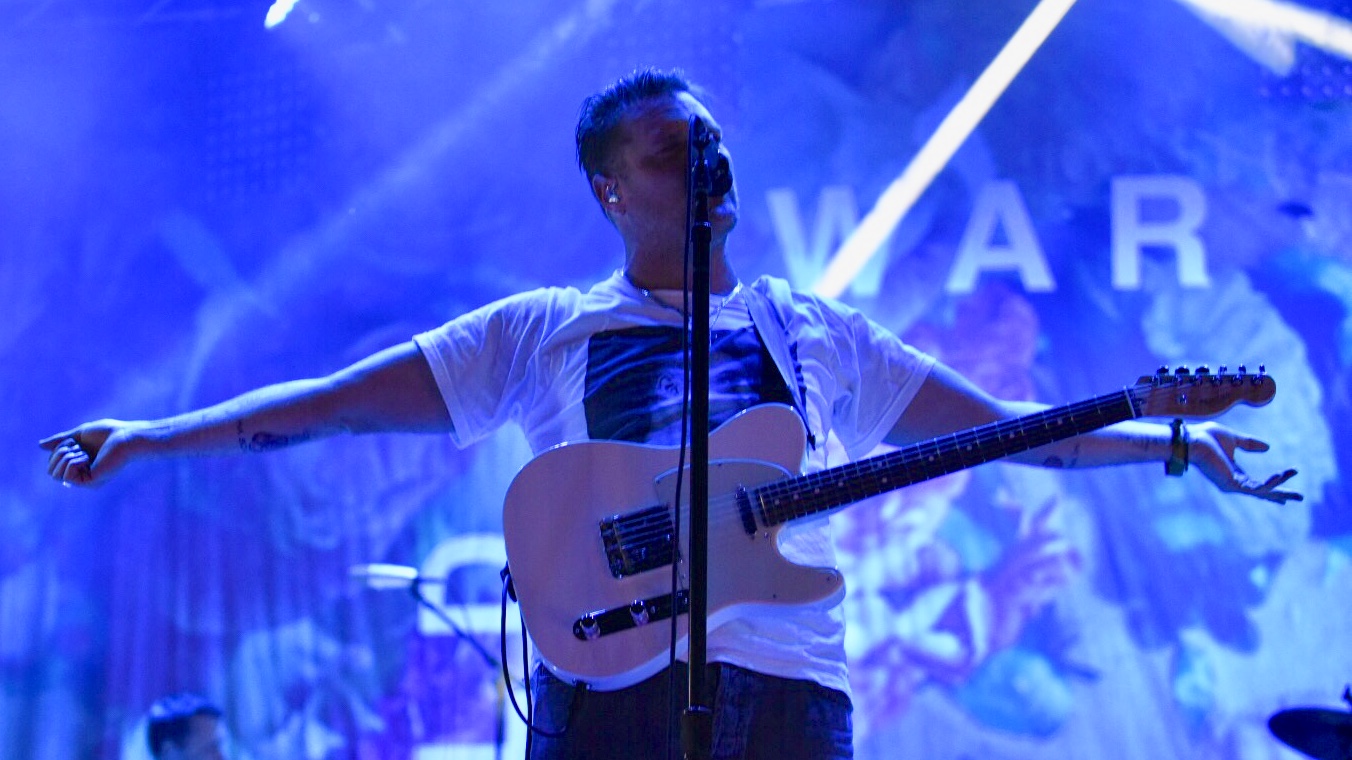 We weren't the only ones having a good time ... looking forward to day 2 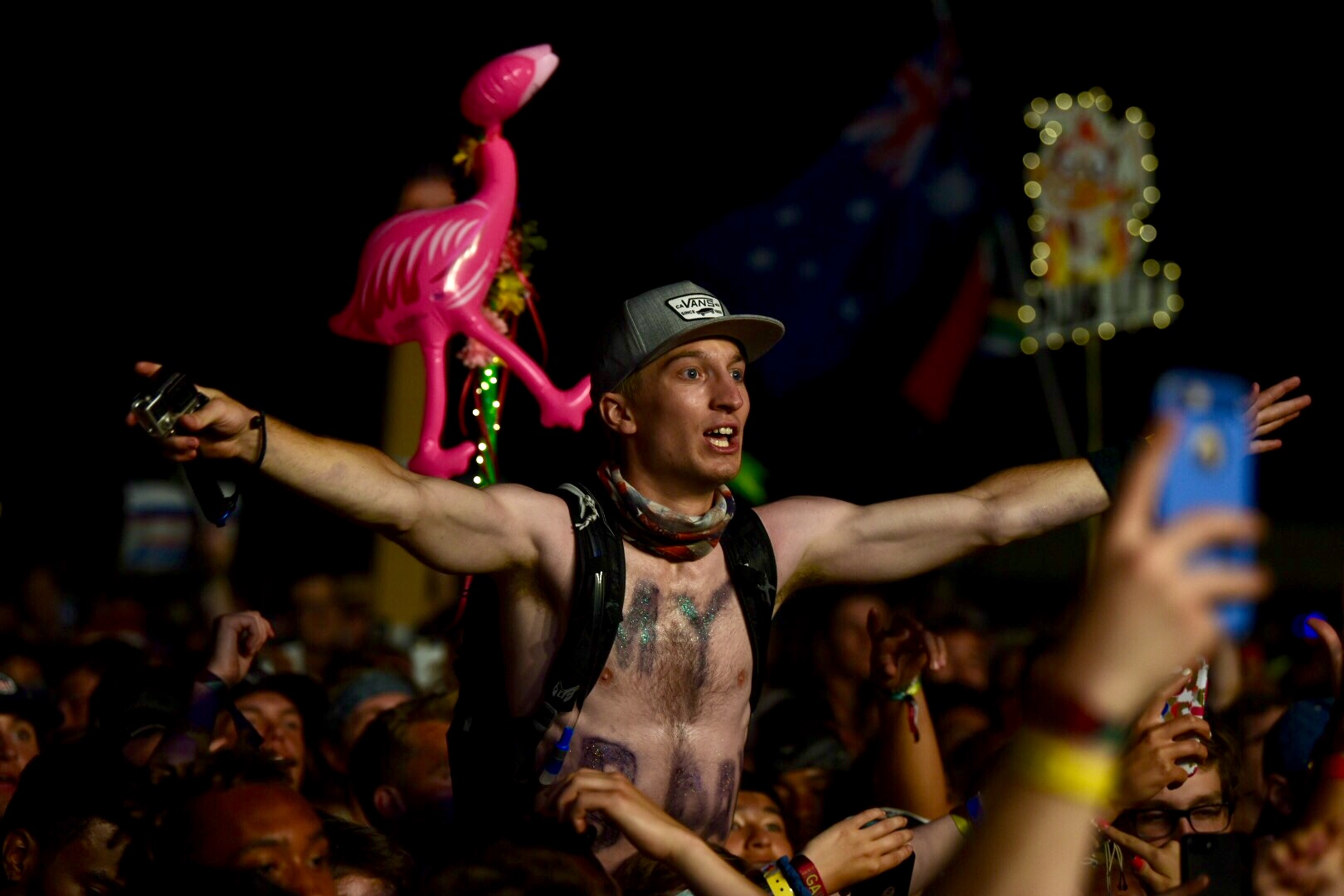 It's hard to disagree with that statement after watching the video for the new single from Everything Now (which came out nearly a year ago!)

If you missed out on seeing Arcade Fire at the Capital One Arena last fall - shame on you (here's some pics) ... but don't make that mistake again - the Canadian Troupe come through Jiffy Lube Live on July 20th

We knew that Ben Gibbard and Death Cab for Cutie were hitting the road this fall ( they play The Anthem on October 17- you might want to get tickets ASAP )  ... and since bands usually tour around a new album - we were thinking the new record would be out any day ... well, we have that info - Thank You for Today will be out on August 17th ... AND we have the first single from the record - Gold Rush - a song about neighborhoods and how  they evolve over the years. Check out the video for the song below:

With less than a week now until the long-awaited Firefly Music Festival kicks off in Dover, Delaware, fans are no doubt gearing up to see some of their favorite big-name bands: Arctic Monkeys, Foster the People, The Killers, and more! If you’ve been tuning into WRNR, you probably already love a few of the up and coming acts who will grace the Firefly stage this weekend as well, such as WRNR favorite Jade Bird. Still, with such a dense and prolific lineup for this year’s festival, you might be wondering what some of those smaller-name acts listed in the “fine print” are all about. Fear not! WRNR has taken out the guess work and compiled a list of ten must-see bands you’ve probably never heard of playing the festival this weekend. 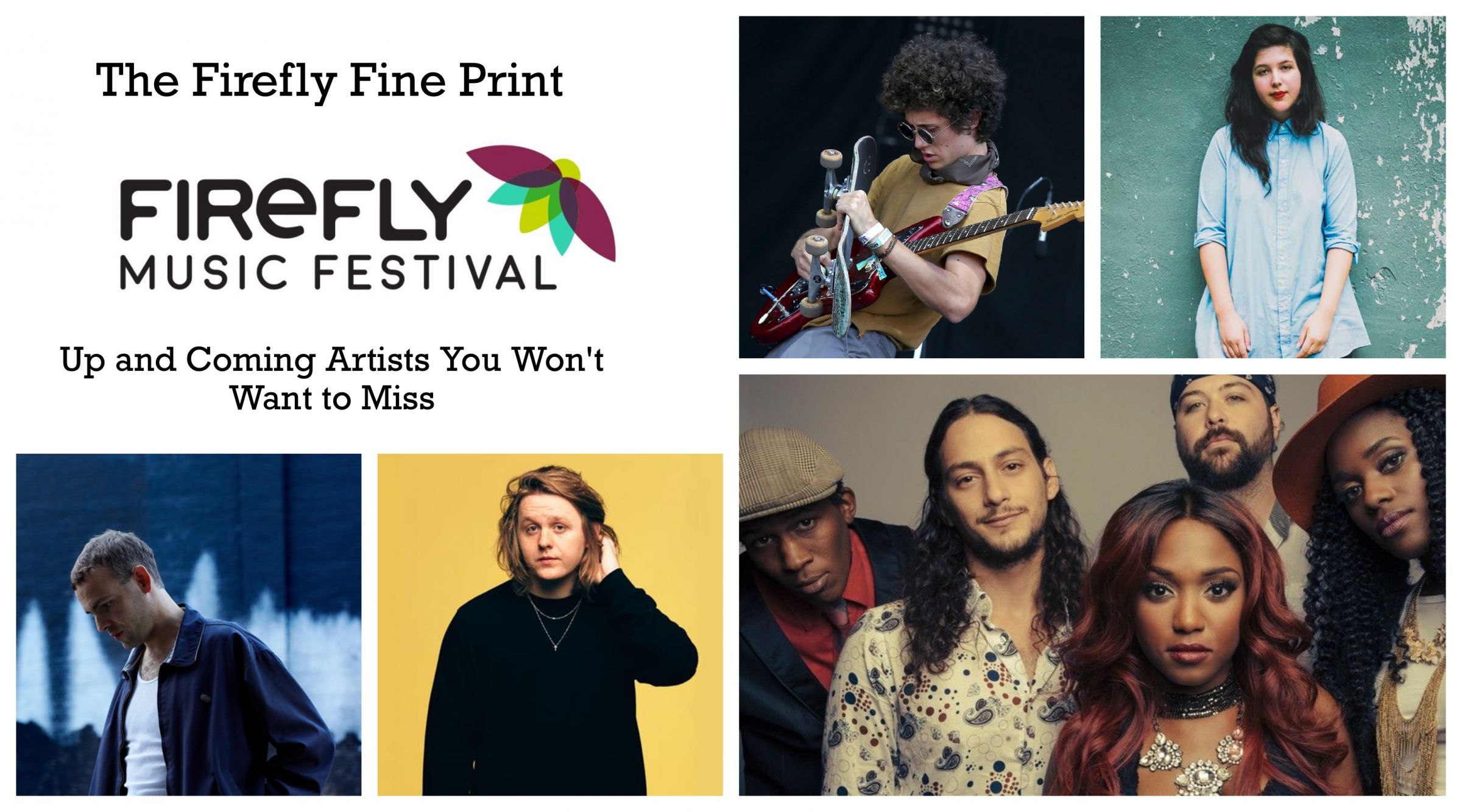 Garage rock enthusiasts won’t want to miss the grungy, ecstatic stylings of Philadelphia native Ron Gallo, who takes the Firefly stage on Friday. His latest record, Really Nice Guys, was released in January on Nashville’s New West Records, and the Nashville tradition is in no way lost on Gallo. Dirty tones, bluesy vocals, and witty, observational lyrics make him a must-see for any fan of the blues looking to get in touch with their inner punk-rocker, or vice versa!

For fans of: Ty Segall, The Black Keys, FIDLAR

For fans of: Gang of Youths, Alvvays, Japanese Breakfast

Festivalgoers looking to get in touch with a less cheerful side will find solace in the heartfelt, often pained indie rock of singer-songwriter Lucy Dacus. Her two studio records, both released on popular indie label Matador, comprise of a catalog of deeply personal and oftentimes gloomy material that draws heavily from the original emo and indie rock traditions of the 90s. Don’t miss her on Saturday at Firefly.

Indie singer-songwriter Damon McMahon, aka Amen Dunes, brings an entirely unique psychedelic flavor to the Firefly stage this summer. With folk-rock as his foundation, McMahon incorporates elements of blues and psychedelia to create atmospheric rock songs that are both dreamy and nostalgic. His latest record, Freedom, was released on Sacred Bones Records in March. You can catch Amen Dunes on Sunday at Firefly.

For fans of: The War on Drugs, Unknown Mortal Orchestra, Kurt Vile

For fans of: City and Colour, The Decemberists, The Avett Brothers

Lukas Nelson & Promise of the Real

Lukas Nelson rose to modest notoriety after contributing vocals to his father Willie Nelson’s 2012 album, Heroes. From there, the younger Nelson’s band, Promise of the Real, offered touring and studio support to the famed Neil Young for two years, and went on to work with none other than Lady Gaga on their recently released self-titled record. With so much star support, it’s hard to believe that the band’s soulful, country-rock flavor sounds so dirty, raw, and genuine. You can catch them on Friday at Firefly.

The improvisational stylings of Arizona-based jam band Spafford won’t be lost on those with an ear for great jazz-fusion. When the band takes the Firefly stage on Saturday, fans can expect tenacious, virtuosic jams that incorporate elements of rock, funk, reggae, and pop, resulting in vibes as fit for summer as you’d expect. Get familiar with the band’s latest record, For Amusement Only, which was released earlier this year.

For fans of: The String Cheese Incident, Twiddle, moe.

Named after a street in Memphis, soulful five-piece Southern Avenue serve up all the poignant, riff-driven southern blues you’d expect from a band of their Tennessee origins. Guitarist Ori Naftaly emigrated from Israel to Memphis in 2013, where he met vocalist Tierinii Jackson and her drumming sister, Tikyra. The resulting chemistry spurred a catalog of blues rock that stands up to the classics. Their debut self-titled record was released last year on Stax Records and reached #6 on the Billboard Top Blues Albums Chart. Don’t miss when they take the Firefly stage on Friday.

Sister-Brother duo Flint Eastwood make what has been described as “spaghetti-western inspired” indie pop. On the lead single “Queen” from their recently released EP, Broke Royalty, this manifests as icy, hook-driven synthesizers, enormous brass and bell sections, and an epic chorus, all tied up neatly in a glossy pop package. They’ll be taking Firefly by storm on Friday.

For fans of: Lorde, MisterWives, Lights

At only twenty-one years old, singer-songwriter Lewis Capaldi has already made a name for himself, becoming the fastest unsigned artist to ever reach 25 million plays on Spotify and supporting and working with such talent as Sam Smith and Frank Ocean. The sultry Scottish tenor, usually accompanied only by dry, intimate piano, writes songs about love, loss, and heartbreak. Wind down from an exciting festival weekend on Sunday to the soft, tender balladeering of this young star.

Remember back in 2015, when Foo Fighters were scheduled to headline an epic 4th of July show at RFK Stadium ... 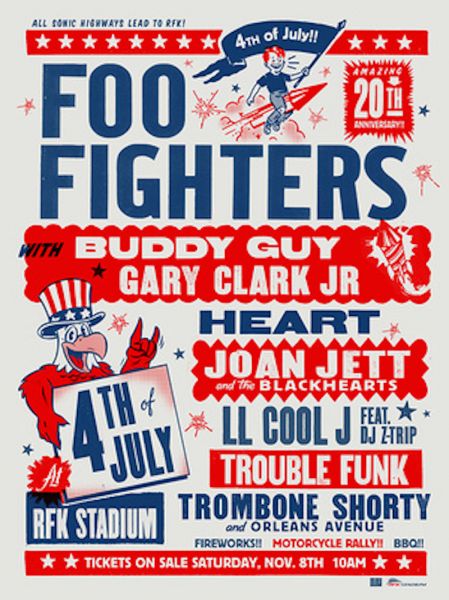 And then a few weeks before this epic show - at a gig in Sweeden - Dave wanted “to shred some tasty licks for the kids up front" and ended up falling off the stage and dislocating  hisankle and snapping his fibula "like an old pair of take out chopsticks”.  But being the true rock star Dave Grohl is - he made it to RFK and rocked the show from a throne made of guitars.

Fast forward to 2018 - when the Foos returned to the scene of the accident for a gig in Gothenburg, Sweden.  Check out the video of the Dave imposter falling off the stage below:

Damon Albarn and his band of cartoons, Gorillaz, are back with new music and tour dates!

Did you know that Gorillaz are recognized by The Guinness Book of Records as the World's most successful virtual band?

Check out the video for the new single Humility below!