Looking to get away this weekend - without leaving the couch?

You can virtually attend some amazing shows from Washington state - including three Dave Matthews Band shows from the iconic Gorge Amphitheatre in George, WA.  These shows - part of the DMB Drive-In Series - weill be streamed via Nugs.TV starting at 8pm each week - and keeping in the series' tradition will benefit three different charities

The shows being featured and their charity benefactor are:

DMB fans will want to take part in these streams - as the band has announced they will be taking a break from the series after this weekend. 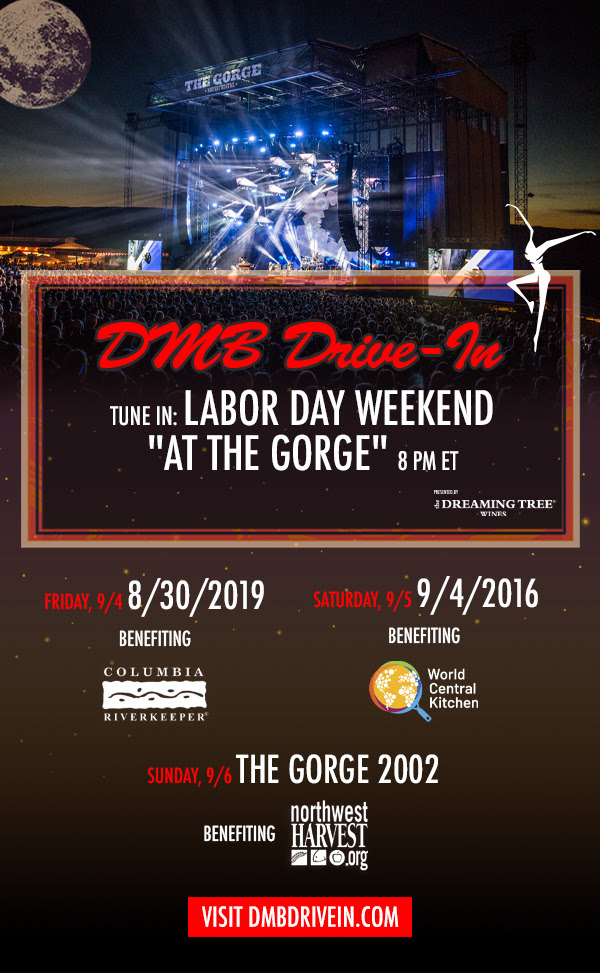 Elsewhere - Pearl Jam has revealed that they will be streaming one of their historic “Home Show” gigs - the August 8, 2018  show from Seattle's Seattle’s Safeco Field beginning on September 4th on nugs.tv