The band has announced that they will be showcasing one of their historic “Home Show” gigs - the August 8, 2018  show from Seattle's Seattle’s Safeco Field beginning on September 4th on nugs.tv 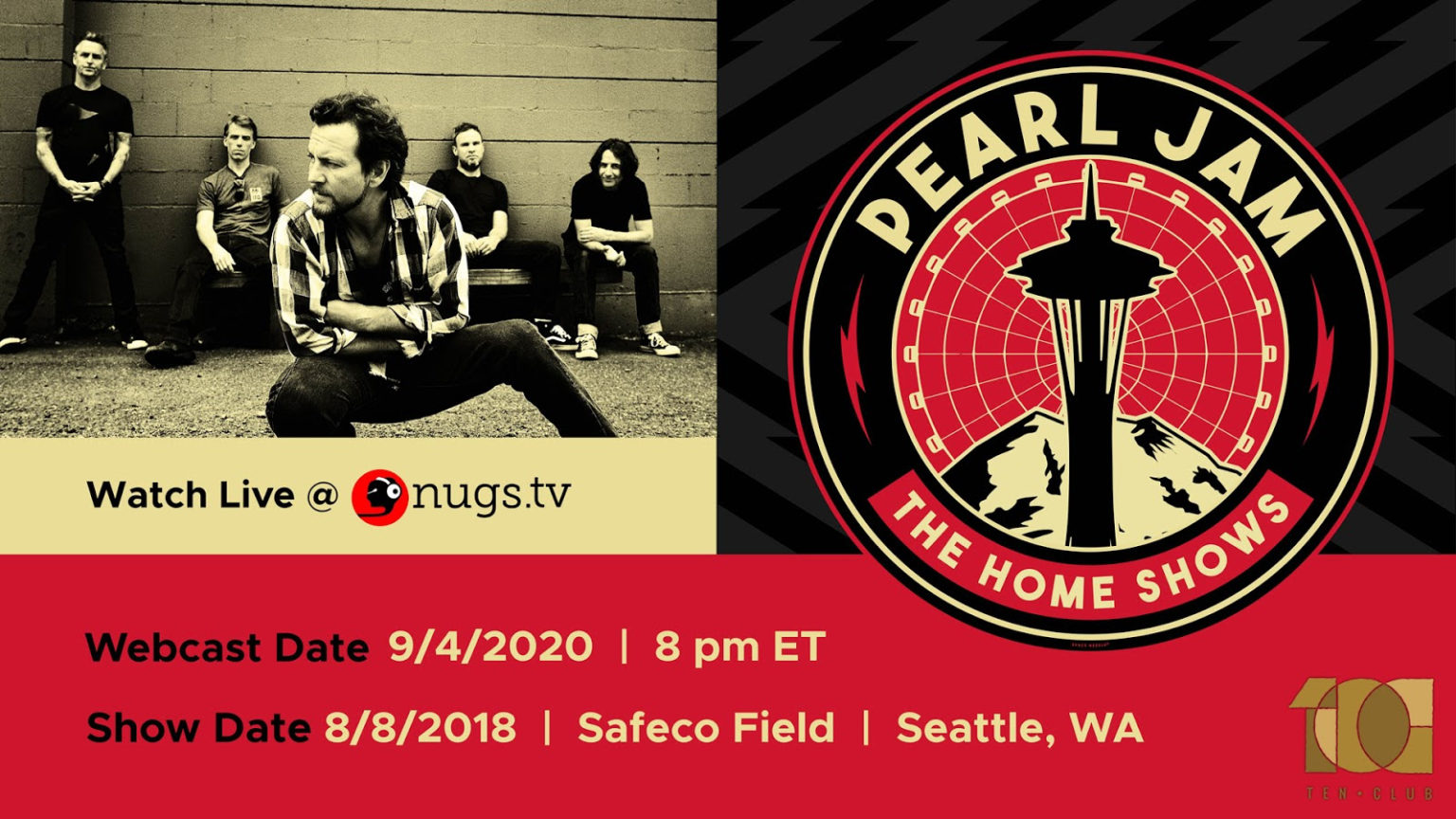 The show featured a 33-song set list (see below), with songs from their entire catalog (up to that point),  covers of Neil Young, the Beatles, the White Stripes, Pink Floyd, Little Steven, and Brandi Carlile who assisted the band while they covered her song “Again Today.”

Nugs.tv founder and CEO Brad Serling said in a statement:

“We’ve worked with Pearl Jam for 20 years, and while we miss seeing them on stage, the archive of more than 400 performances dating all the way back to 1993 has helped fans fill the void.  Streaming this incredible 2018 show from their hometown of Seattle is a ray of sunshine for these times.”

The show, which will be available to watch on-demand anytime over the Labor Day weekend (9/4 - 9/70 costs $14.99 with a discount for Pearl Jam “Ten Club” members.