The Jimmy Kimmel Show's annual east coast run is coming to the end - and has seen some epic performances by local artists - including Bruce Springsteen and David Byrne - but last night's performance by The National was quite compelling by The National standards.

Despite the recent success of the often performed and only recently released Rylan. the band chose to perform the song "Where Is Her Head,” one of the songs from their 2019 album I Am Easy To Find. 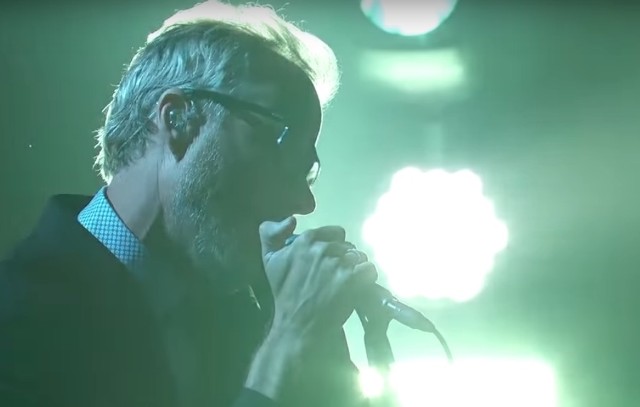 The band was joined by  three singers — Eve Owen, Mina Tindle, and This Is The Kit’s Kate Stables  — who all guest on the new album (Stables also toured with the band this past summer and her band opened for The National on their Grammy-winning 2017 LP, Sleep Well Beast tour).

Watch the performance at the Brooklyn Academy of Music below.

The National - Where Is Her Head