Vampire Weekend’s Father of the Bride Tour breezed through Merriweather Post Pavilion on Thursday (8/29) night … we say breezed because of the nonchalant nature of the set – the band seemed loose and comfortable jamming on the stage for over 2 hours.  The whole tour has been that way – starting with pop up shows in random parks in LA and NYC, then moving on to some early morning tour warm up shows … 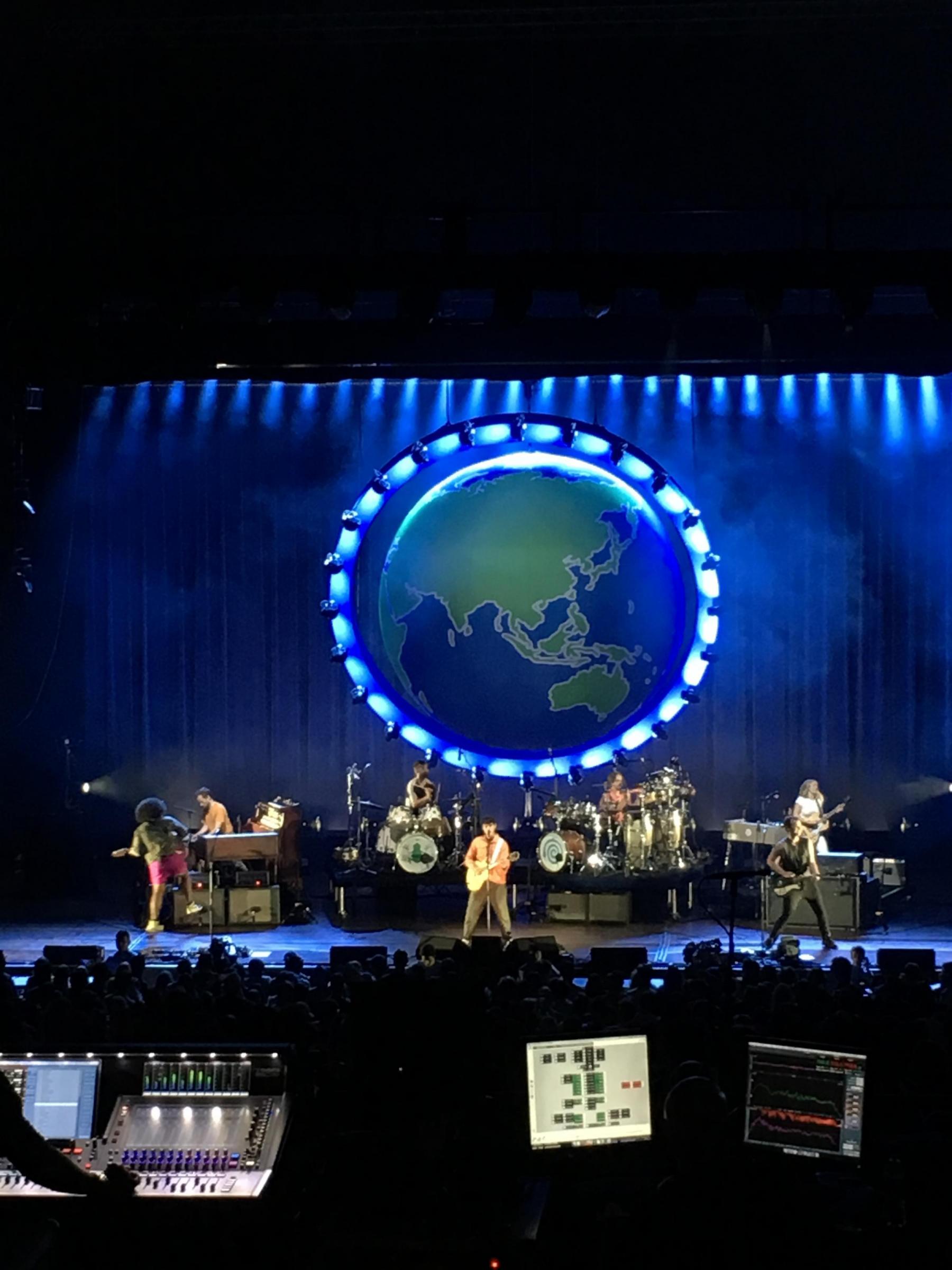 The Merriweather Post Pavilion show – the venue they declared their favorite (it’s the third time they played there since 2010) – they breezed through some old favorites like  Holiday, Mansard Rood, Cape Cod Kwassa Kwassa (not 8 minutes), Diane Young, A-Punk, and new favorites Sunflower, Harmony Hall, and This Life.  They also threw 2 covers into the set – New Dorp.  New York (from Ezra Koenig’s SBTRKT project) and Peace Frog by The Doors – in honor of the band having played Merriweather in 1968 (see video below)

The band ended their set a little earlier than Merriweather’s hard cutoff of 11pm – so turned to crowd for requests … the first request honored, Hanna Hunt, came from a fan sporting a homemade 8 minute Cape Cod bucket hat and snake earrings …the second – Diplomat’s Son (which they jammed in part of Pressure Drop by The Maytals) came from a fan wearing a Hard Rock Café Atlanta shirt .. they made him confirm he had actually been there before playing his request.. they ended the song asking where all the diplomats were … lol

The night ended with Ezra promising to be back soon (sooner than 6-9 years at least) and then stepping into the crowd to sign some autographs – again proving he’s just as cool as a cucumber – despite playing in front of 10,000 adoring fans …