If you haven't seen the first 5 episodes of  Game of Thrones season 8 - and don't want to know any spoilers - stop reading here  ....

Also ... while we have your attention - have you entered to win our GOT Finale Comfort pack? 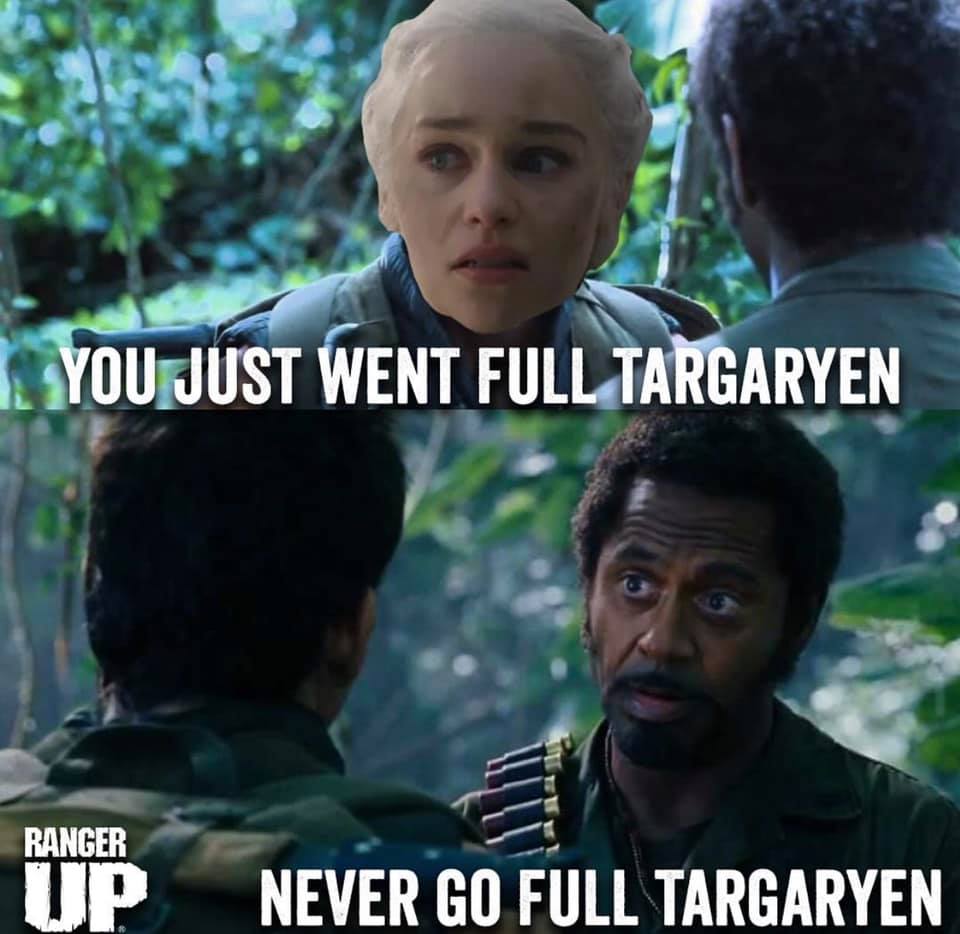 The scenes were pretty brutal to watch - with many innocent Westerosians being killed - despite the bells being rung to singal their surrender.  But to Dany - and some metal heads - Bells are just cause for destruction ... and thansk to the internet - the scenes of her distruction have now been dubbed over perfectly with heavy metal songs

Below is AC/DC's "Hell's Bells" and Metallica's "For Whom the Bell Tolls" providing the soundtrack to the Mother of Dragons' destruction.

Daenerys Storms King's Landing, but to Metallica's For Whom the Bell Tolls