Alanis Morissette is back touring Europe in (the belated) honor of her album Jagged Little Pill's 25th anniversary. 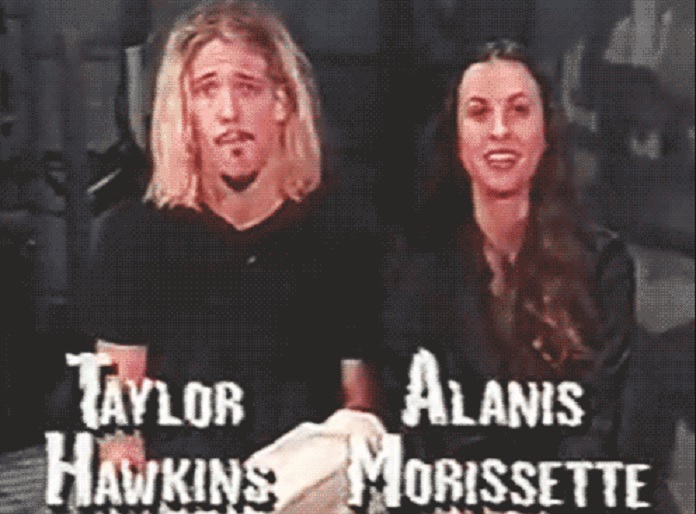 At her London show on Tuesday night , Morissette dedicated her performance of the song “Ironic” to the late Foo Fighter and her former drummer Taylor Hawkins, who passed away earlier this year at the age of 50.  A montage of photos featuring Hawkins were displayed on the screen behind the stage during the song.

Isn't it ironic that Hawkins performed in Morissette’s band during the original Jagged Little Pill tour ... with Foo Fighters as the opening act.