12-year-old drummer Nandi Bushell - who became an internet phenom after her virtual drum battle with Foo Fighters front-man Dave Grohl  - is set to take the stage with the Foos a their London tribute concert for Taylor Hawkins. 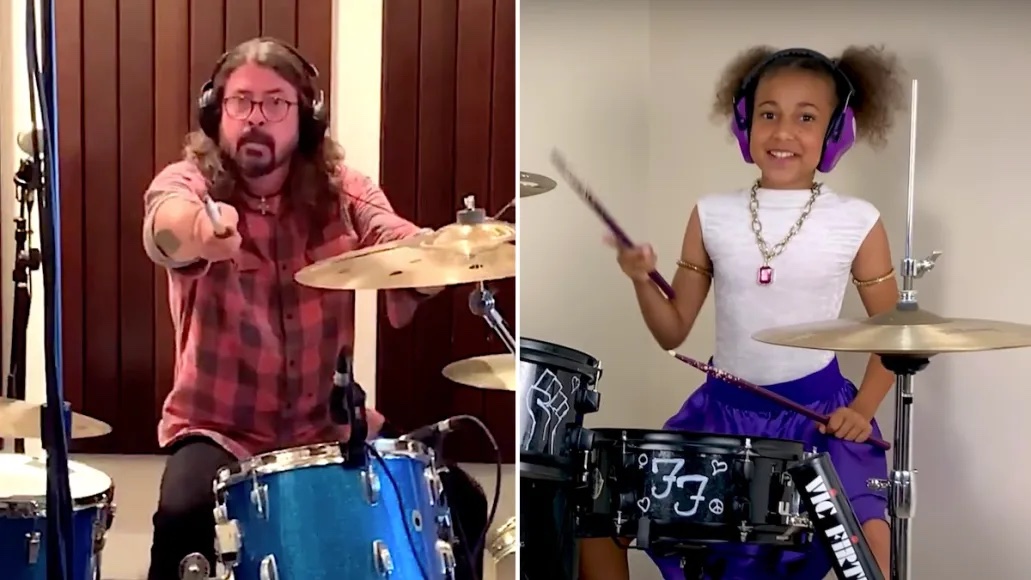 Bushell will be behind the drums for the Wembley Stadium - joining an all star lineup that includes many of the late drummer’s closest friends and influences - like members of Queen, the Police, Rush, Oasis, Pretenders, and Queens of the Stone Age.

“Mr. Grohl, it would be an honor to join you onstage…in tribute to my hero and friend, the legendary Taylor Hawkins ... With these sticks he gave me, I’m going to rock harder than I’ve ever rocked in my entire life!…This one’s for you, Taylor.”