A lot of us picked up new hobbies during the pandemic ... but Coyote Shivers (who played Berko in the film Empire Records) and his partner Pleasant Gehman's hobby might be our favorite ...

The LA couple 'inherited' a group of  5 black ducks (named Dee Dee, Joey, Johnny, and Tommy - after the original four Ramones - while the fifth duck is named Sheena after the band’s classic song “Sheena Is a Punk Rocker) 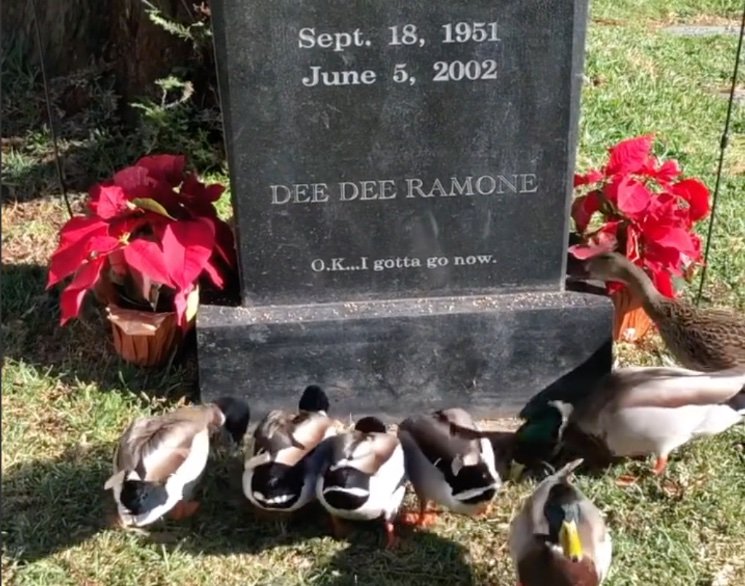 They took the ducks to the famed Hollywood Forever Cemetary where they fed them at the grave site of Dee Dee Ramone.  Of course they alert their feathered friends at dinner time using a “dinner bell” dubbed “Duckskrieg Bop” (essentially a recording of “Blitzkrieg Bop” with quacks).