Irish rock icons - U2 - have announced an archival concert series -  'U2: The Virtual Road'. The series of four live shows,  with enhanced visuals and remastered audio, will broadcast on the band's YouTube channel. 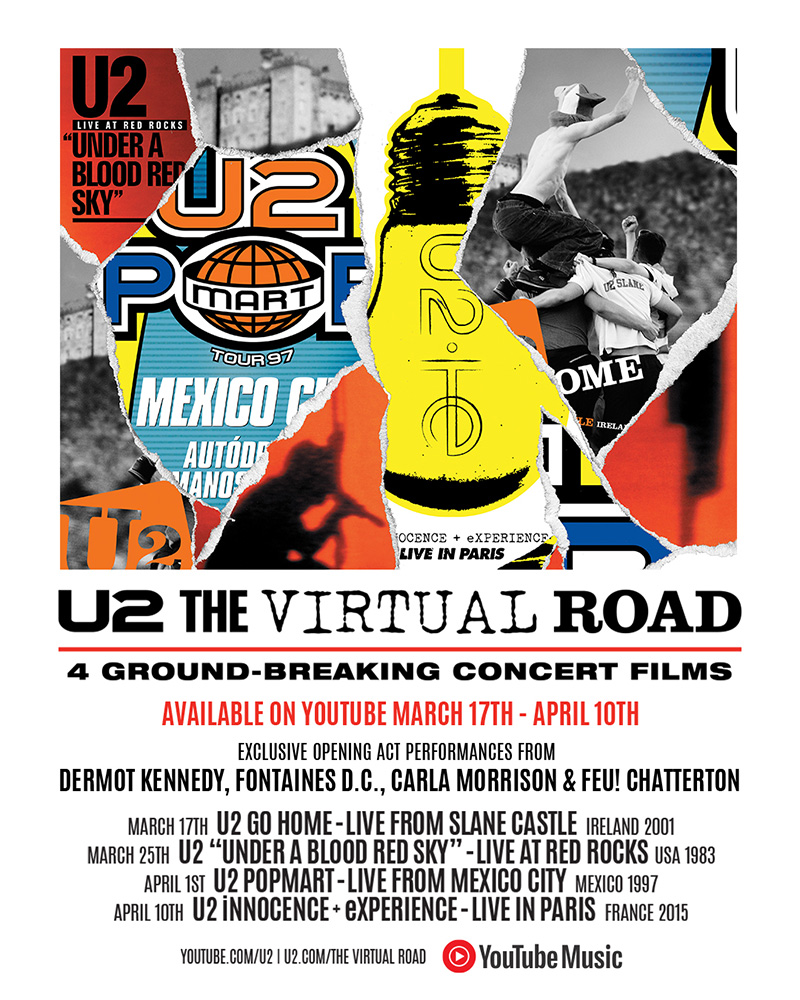 The shows being streamed: