In an effort to support mobile COVID 19 vaccination efforts, Linda Perry (of of 4 Non Blondes fame)  has teamed up with CORE Response for a benefit festival that will be live streamed this week  (March 5 and 6) on TWITCH . The two-day fundraiser event will feature performances and appearances by artists including Linda Perry, Foo Fighters, Perry Farrell, Carly Simon, Sheryl Crow, Silversun Pickups, SHAED, Dawes,  Kevin Bacon, and many more. 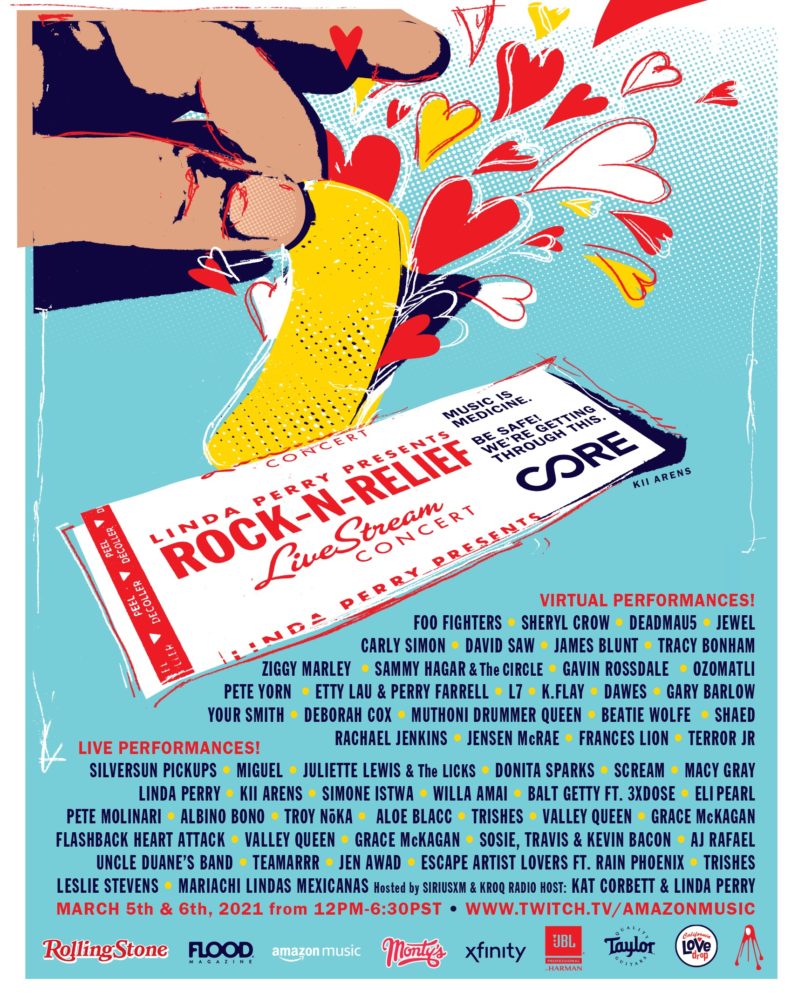 “As a mother and fellow member of this community, I wanted to do something to lift spirits and send a positive message of hope and humanity to all the healthcare workers and those on the front lines, as well as raise awareness and funds to support CORE and their relief efforts ... When I first put the word out, many jumped on board to contribute; we had over 150 bands submit to play… Our goal is to do everything we can to thank CORE and the self-sacrificing people who keep us safe during this unprecedented crisis.”

The event will be will be streamed over Twitch on March 5 and 6.