Are we not men? We are DEVO (action figures)

Funko, maker of the collectable vinyl action figures -  just wrapped up their "Funko Fair" where they introduced a bunch of new POP! figures, including two DEVO figures! 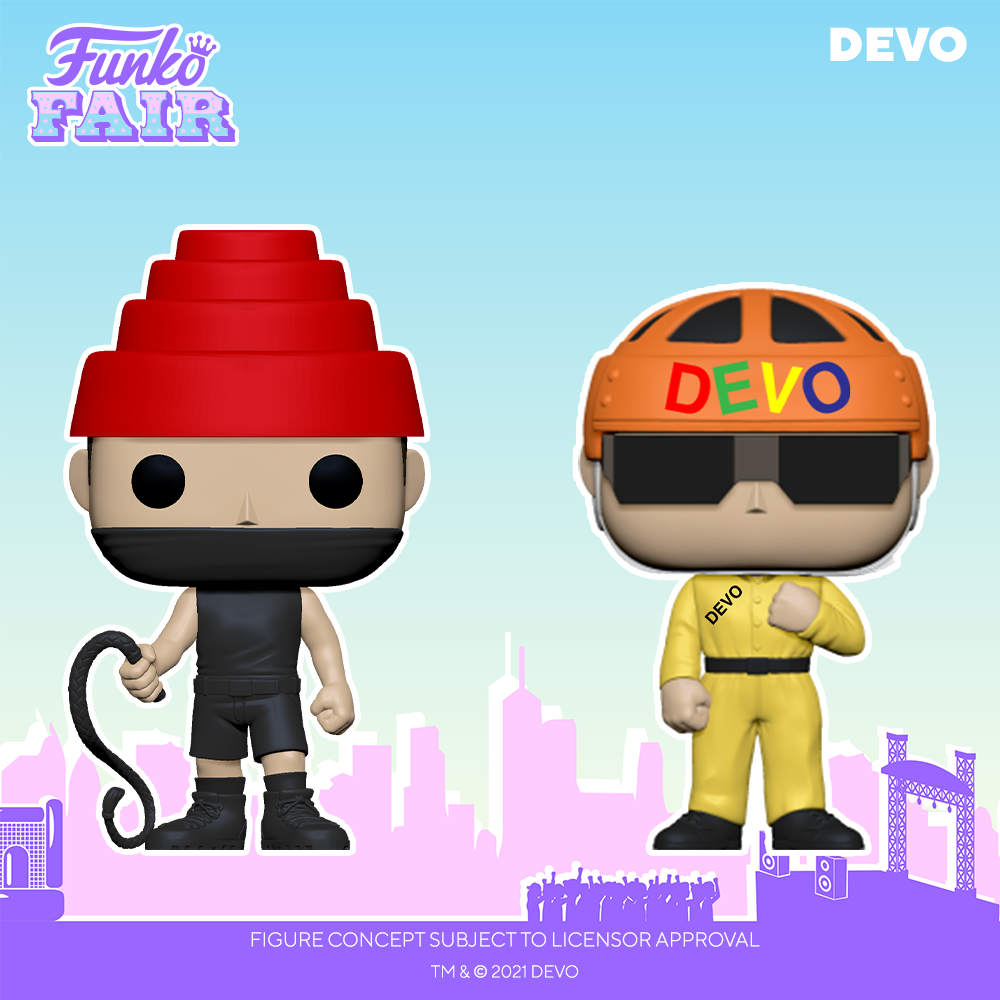 The first figure features the signature Energy Dome helmet from the "Whip It" video **AND**  comes complete with a whip -- you know - so you can whip it ... whip it good. The second is based on the "Satisfaction" video, with the signature yellow jumpsuit / orange helmet combo.

The figures don't seem to be available until this summer - but we hope our Funko Friends at Third Eye Comics will have them as soon as they are available !