Several weeks ago - it was revealed that Naptown native Travis Pastrana and a film crew had been granted a filming permit in parts of Downtown Annapolis  ... details were scarce about what the filming would include - but we did know that Travis would be jumping over Ego Alley at City Dock. 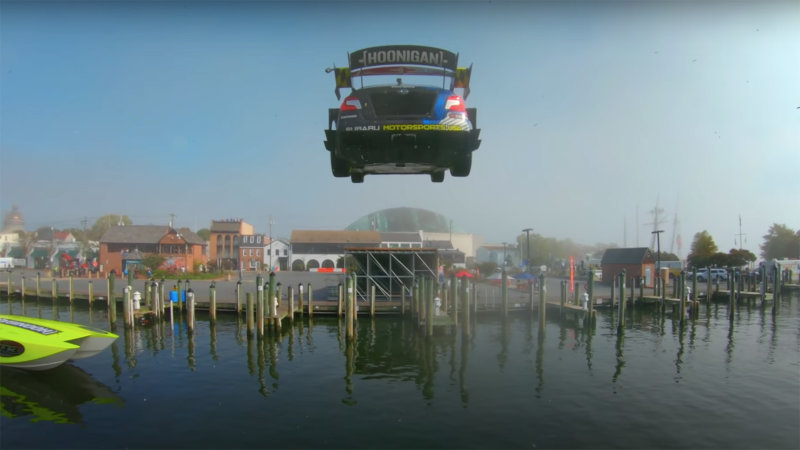 The stunt was part of a decade-long rivalry between friends and rally drivers Travis Pastrana and Ken Block.