On Giving Tuesday 2020  and in honor of the United Nations’ 75th Anniversary  - Playing For Change and the United Nations Population Fund (UNFPA) will air Peace Through Music: A Global Event for Social Justice, exclusively on Facebook Live. 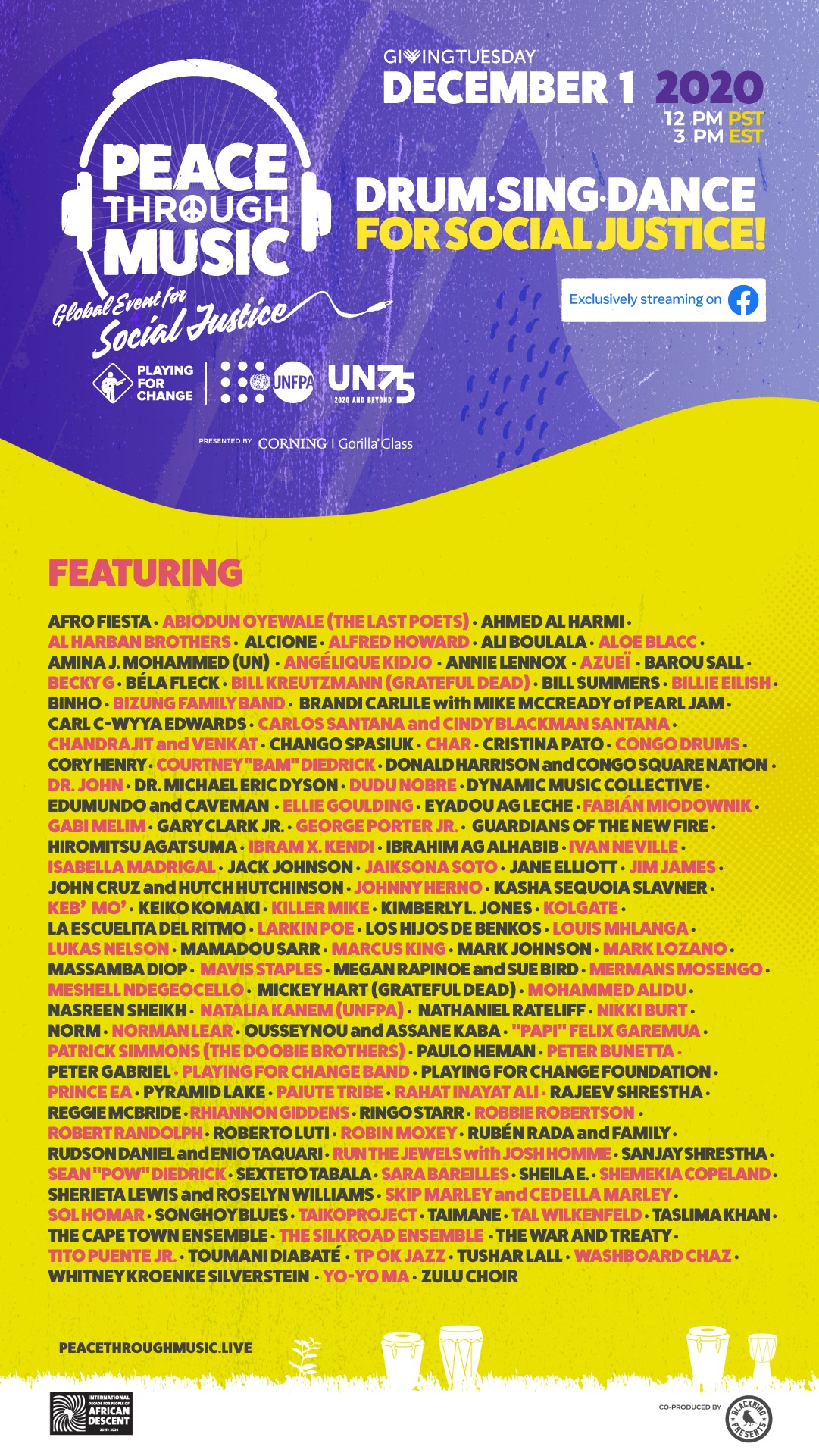 The  virtual event's goal is to 'inspire people to act for peace, justice and equity, everywhere and for everyone.'

Brandi and Mike have offered a preview of their performance - with this tease of a cover of Bob Dylan's 'Times They Are A Changin' :