The Farm Aid organization announced this week that they will celebrate their 35th anniversary with a virtual at-home festival experience - called Farm Aid 2020 On the Road.  The 3-hour event  scheduled for 8pm on Saturday, Sept. 26, will include performances from more than 20 artists and be streamed at FarmAid.org, on Farm Aid’s YouTube channel, AXS TV and Fans.com.

The goal of the virtual festival is to raise critical funds for and awareness of the organization and its mission, which it typically does through ticket sales to the annual in-person music and food festival. Farm Aid accepts donations year-round at www.farmaid.org/donate. 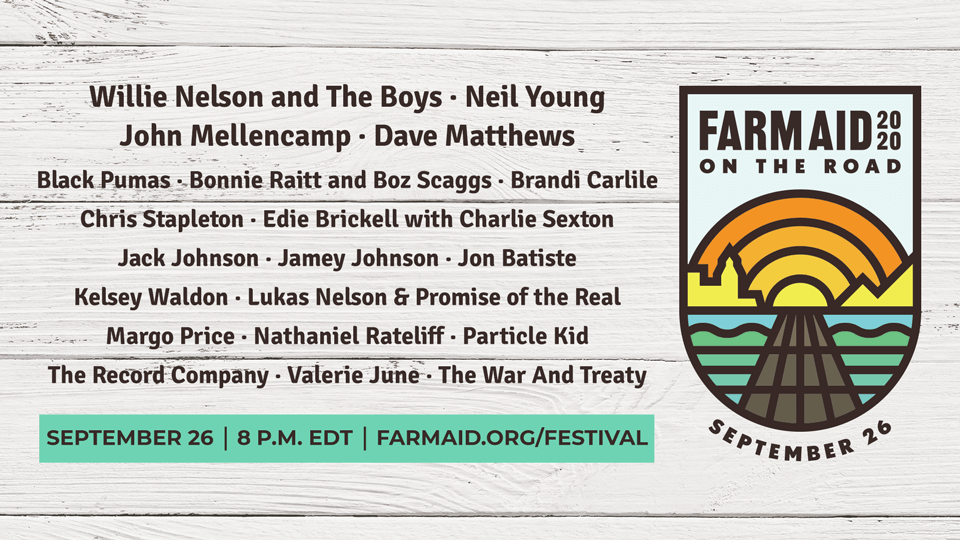 Willie Nelson said in a release:

"This pandemic and so many other challenges have revealed how essential family farmers and ranchers are to the future of our planet...Farm Aid 2020 is going to give the whole country a chance to learn about the important work of farmers and how they’re contributing to our well-being, beyond bringing us good food."

The Farm Aid Organization was formed by Willie Nelson, Neil Young and John Mellencamp in 1985 - Dave Matthews joined Farm Aid's board of directors in 2001 - and their mission  is to build a vibrant, family farm-centered system of agriculture in America