Like pretty much every music festival in 2020 - Lollapalooza US was forced to cancel its in person version - but the genius' behind the granddaddy of fests decided to 'pivot' instead of simply postponing - and hosted a 4 day live stream virtual festival via YouTube. 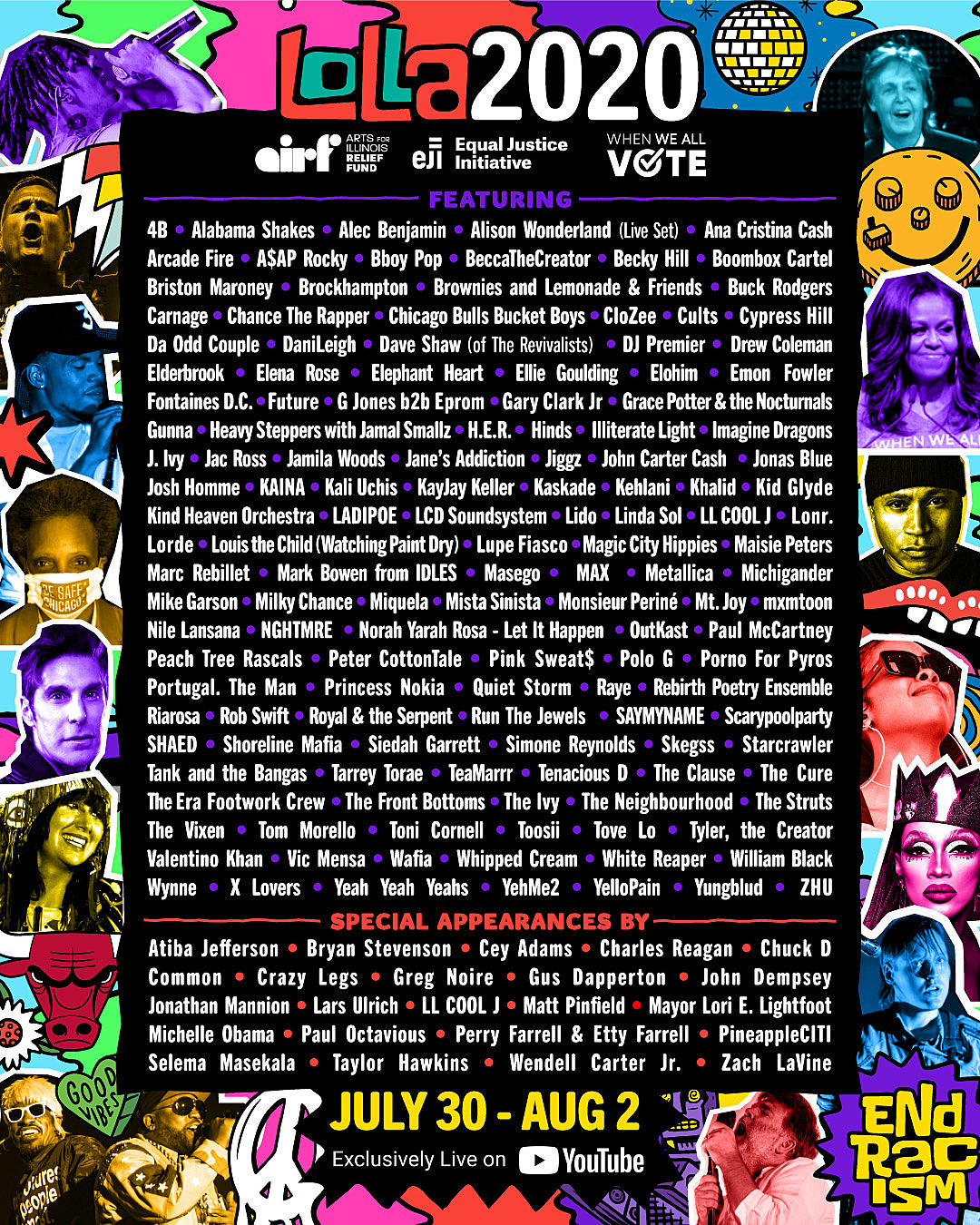 There were 2 major highlights of new footage from the 4 days of live and archived performances ...

Also worthy of mentioning - Perry Farrell, Dave Navarro, Stephen Perkins, and Chris Chaney reunited Jane's Addition and performing  ‘I Would For You’ and ‘Stop!’.