It used to be people would yell dumb things at concerts for a chuckle  -"play freebird" , "play one the drummer knows", etc  ...

As is common for her set - she planned to end her set with an acoustic version of the song 'Alaska' ... prefacing it with a monologue that she has claimed is the 'most powerful part of her set'

But her words of “gratitude and growth and change” were interrupted by two jackholes, who thought it would be cool to shout “take your top off” followed by “you cute though.”

Maggie Rogers took to social media to address the situation, saying these men violated the “safe space” she creates in her concerts  ... followed by "There is no space for harassment or disrespect or degradation of any kind at my show" 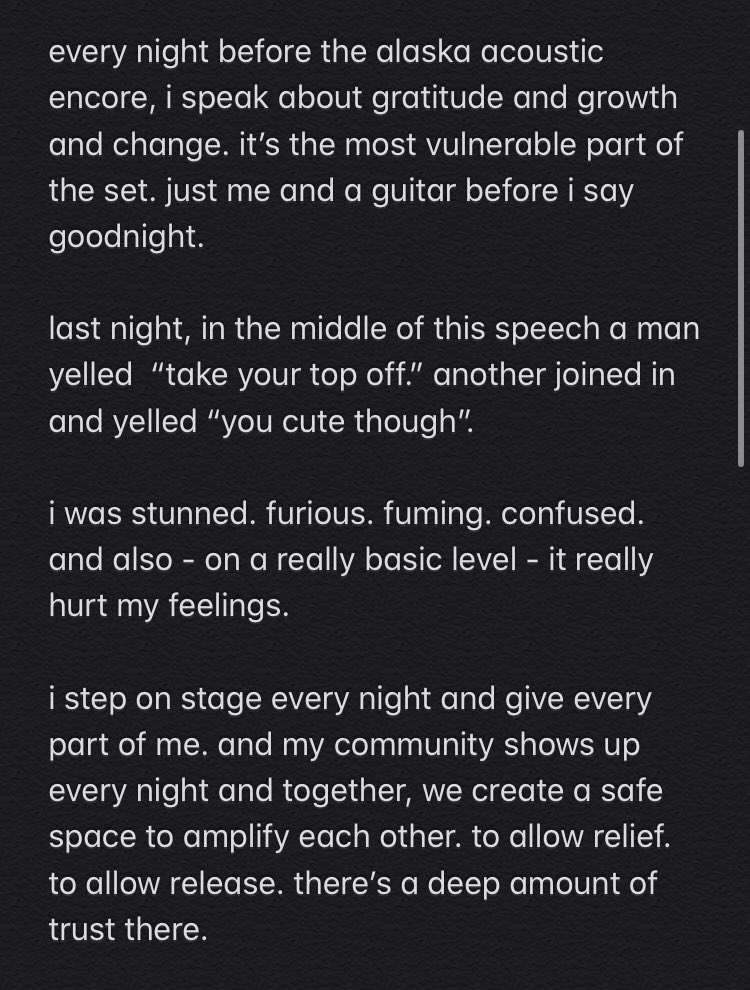 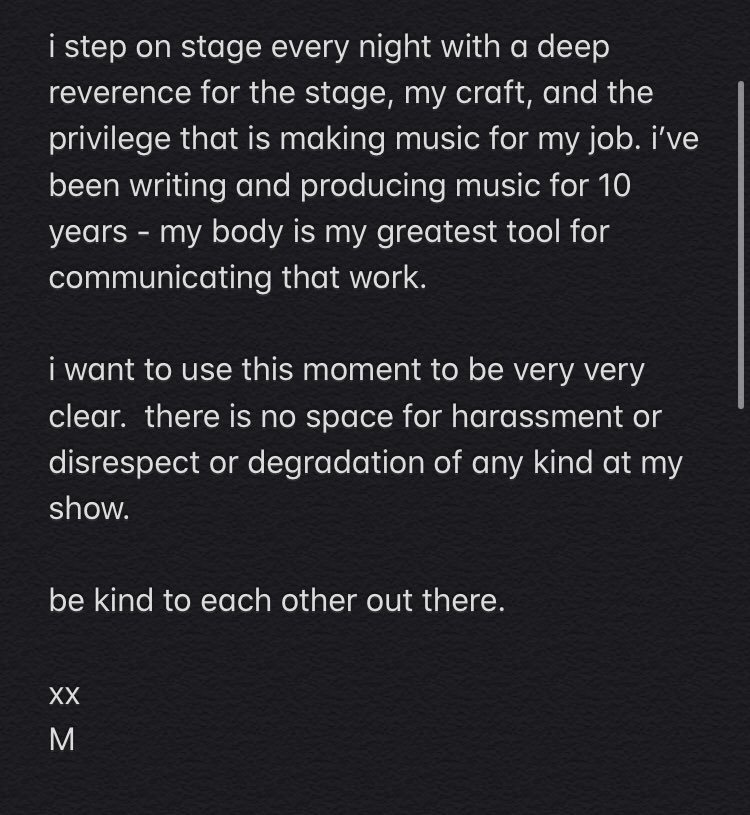 Fans have taken to social media in force - showing support for the Easton, MD native:

infuriating. you deserve better than that. i’m sorry.

Maggie, I'm so sorry this happened. It changed the entire dynamic of the room in a nanosecond. You handled it thoughtfully and with grace, but I hope that guy got dragged out.

Being in the crowd when this happened gave me physical pain for you and all women who have experienced this. Your strength (while unnecessary) and music are inspiring. ??