Abbey Road,  the iconic album by The Beatles, was released 50 years ago today.  It was the last album in which all four Beatles participated in the recording of (Let It Be was their last album - but it was recorded  before the Abbey Road sessions began)

The music on the album is timeless - but the album cover, featuring Lennon, McCartney, Harrison and Starr walking across the Abbey Road zebra crossing,  has a story of its own  ... Here’s 10 things you probably didn’t know about the infamous cover of The Beatles’ Abbey Road album.

1. Before The Beatles came along, Abbey Road’s main claim to fame was being a stone’s throw from the location of Lord’s cricket ground.

3. In the photo – the four Beatles are walking AWAY from the studio.

4. Only six photos were taken for the shoot due to the heavy traffic at the intersection. 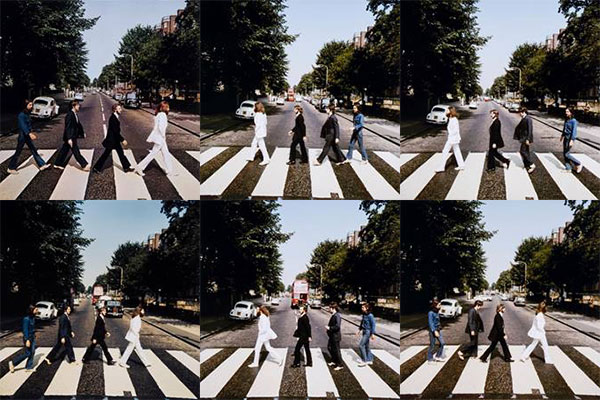 5. The back cover photo is taken at the other end of Abbey Road

6. There are 4 other people pictured on the cover of Abbey Road. Three of them, Derek Seagrove, Steve Milwood and Alan Flanagan worked nearby and happened to be outside on a break when the photo was taken. The 4th person is an American tourist named Paul Cole.

7. Paul McCartney is barefoot in the photo because the shoes he was wearing were too tight and he took them off just before the photos were taken. 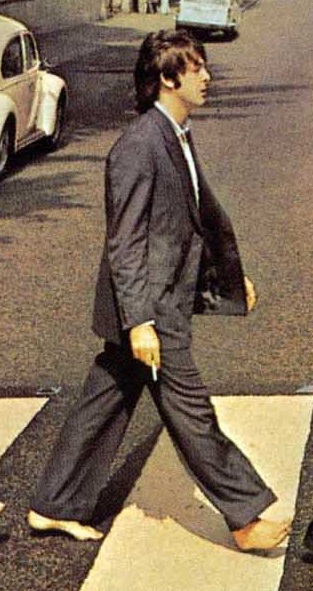 8. There are “Paul Is Dead” clues on the cover of Abbey Road … OK stay with us: In late 1969 a crazy conspiracy theory started doing the rounds that Paul McCartney had in actual fact been killed in a car accident in 1966, and had been replaced by a lookalike. Apart from Paul being out of step with his band mates and walking barefoot, there were other “clues” on the sleeve that the Beatles had “planted” to get the message across to their fans.

The white Volkswagen Beetles that bears a number plate saying “28IF” - Paul would have been 28 IF he’d had survived (he’d actually just turned 27); the police van on the cover is usually seen at traffic fatalities; and the four Beatles represent a funeral procession: George is the gravedigger, Paul is the corpse, Ringo is the congregation and John is the priest. 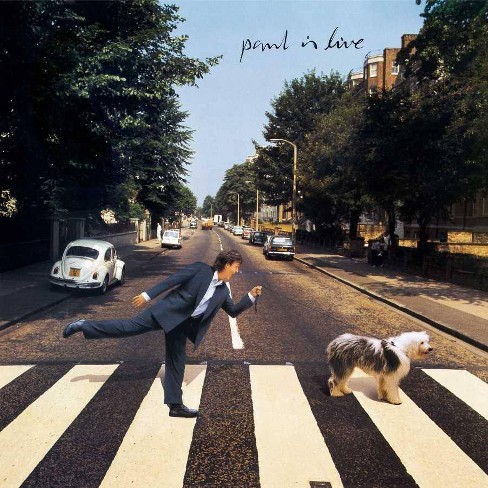 9. Three of the Beatles are wearing designer suits by the Welsh designer Tommy Nutter. George, however, showed up that day in full on denim.

10. Despite Abbey Road being the last time The Beatles were in the studio together, this wasn’t their final photo shoot. The four got together two weeks later, at John’s house at Tittenhurst Park for one last photo shoot.

#OTD 1969 #TheBeatles turned up at Tittenhurst Park (John's house in Ascot) for what turned out to be their last photo shoot together pic.twitter.com/G4CHcqP8ic