Back in 2005 - way before someone decided that it would be a good idea to storm Area 51 and break the aliens out of the base - Foo Fighters played a concert at the shuttered Walker Air Force Base in Roswell, New Mexico. 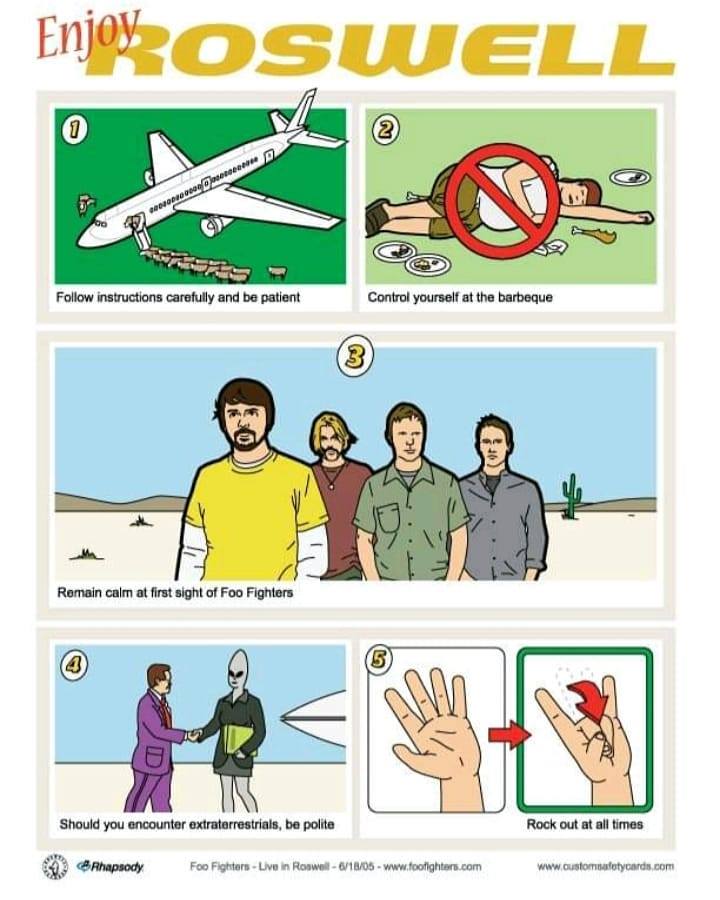 We were also able to unearth some (2005 quality) video of the show as well ... look at baby Dave Grohl!