Actor / lounge singer Jeff Goldblum's jazz band the Mildred Snitzer Orchestra has announced they'll be releasing -  I Shouldn’t Be Telling You This - a follow up to their debut album, The Capitol Studio Sessions, later this year  ... and the list of collaborators on the album is pretty impressive.  The first single, from the 1936 musical Follow the Fleet - “Let’s Face The Music And Dance,” features Sharon Van Etten:

Still feels like a dream that I got to sing on @jeffgoldblum 's new album and then perform with his incredible band @glastofest yesterday. I can't believe this is real life. Thanks for introducing us, @420charley666 !!!

Other collaborators include Fiona Apple, on Frank Sinatra's “Don’t Worry ‘Bout Me;” Anna Calvi, on a mash-up of Wes Montgomery’s “Four on Six” and Marianne Faithful’s “Broken English;”  Inara George (The Bird & The Bee),  for Sonny & Cher’s “The Beat Goes On;” and LA jazz singer Gina Saputo, on Dick Jurgens and Eddy Howard’s track “If I Knew Then.” 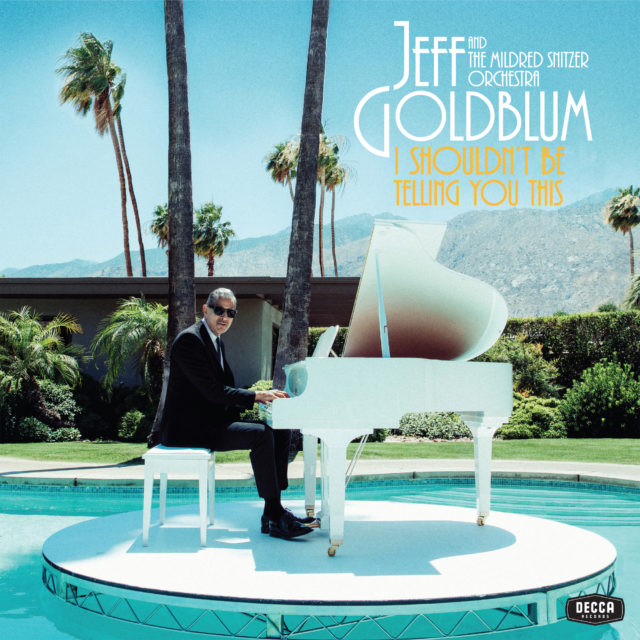