Another day, another rock star reveals they were extras on the Game of Thrones episode The Long Night ... Which apparently was rated one of the worst episodes of the series.

We now know that Foals drummer Jack Bevan and guitarist Jimmy Smith appeared as extras in the show's latest episode which featured The Battle of Winterfell - one of the longest and most expensive battle scenes to ever be depicted in either TV or film.

The two revealed this via their Instagrams ... this really gives new meaning to the Foals song 'Mountain At My Gates' :)

Last February our manager @qprimemgmt managed to get a lovely crew of us all into the Battle of Winterfell. Sadly, I don’t think we survived the night. It really was one of the coolest experiences I’ve had. Cheers to the best show of all time! ???? 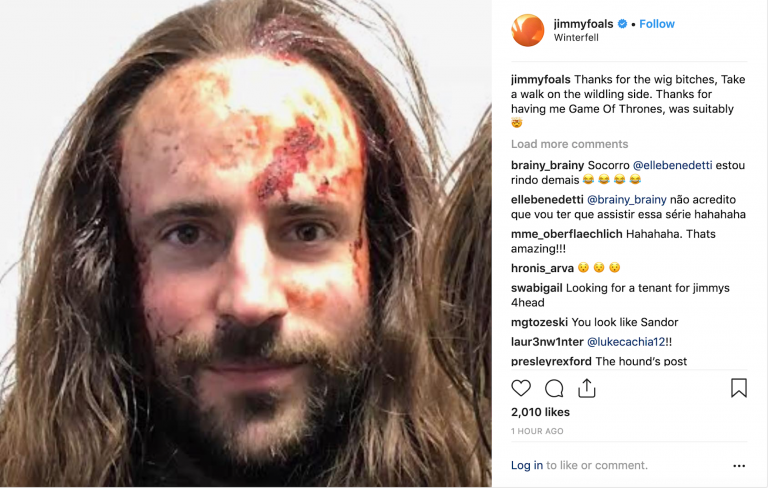