Posted About Four Years Ago by WRNR

After getting festival lineup after festival lineup in our newsfeed for the past week, we finally have the one we were waiting for - Firefly Music Festival's 2018 lineup - complete  with a new logo. 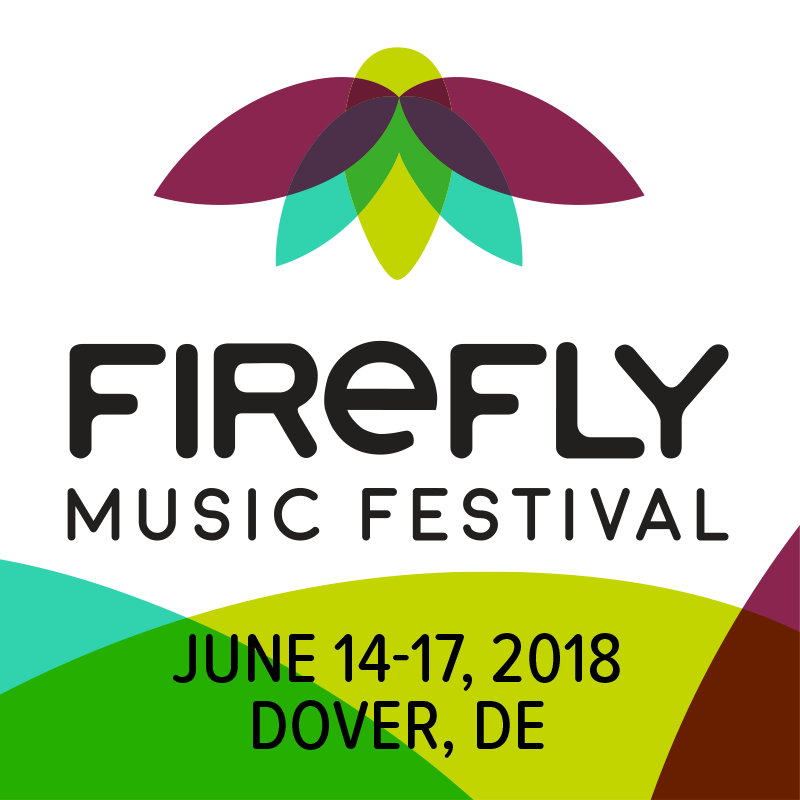 Placement on a festival's lineup poster is a huge deal these days, just ask 2 Chainz.  So let's take a deeper look at the bands we'll be seeing at the Woodlands this June - 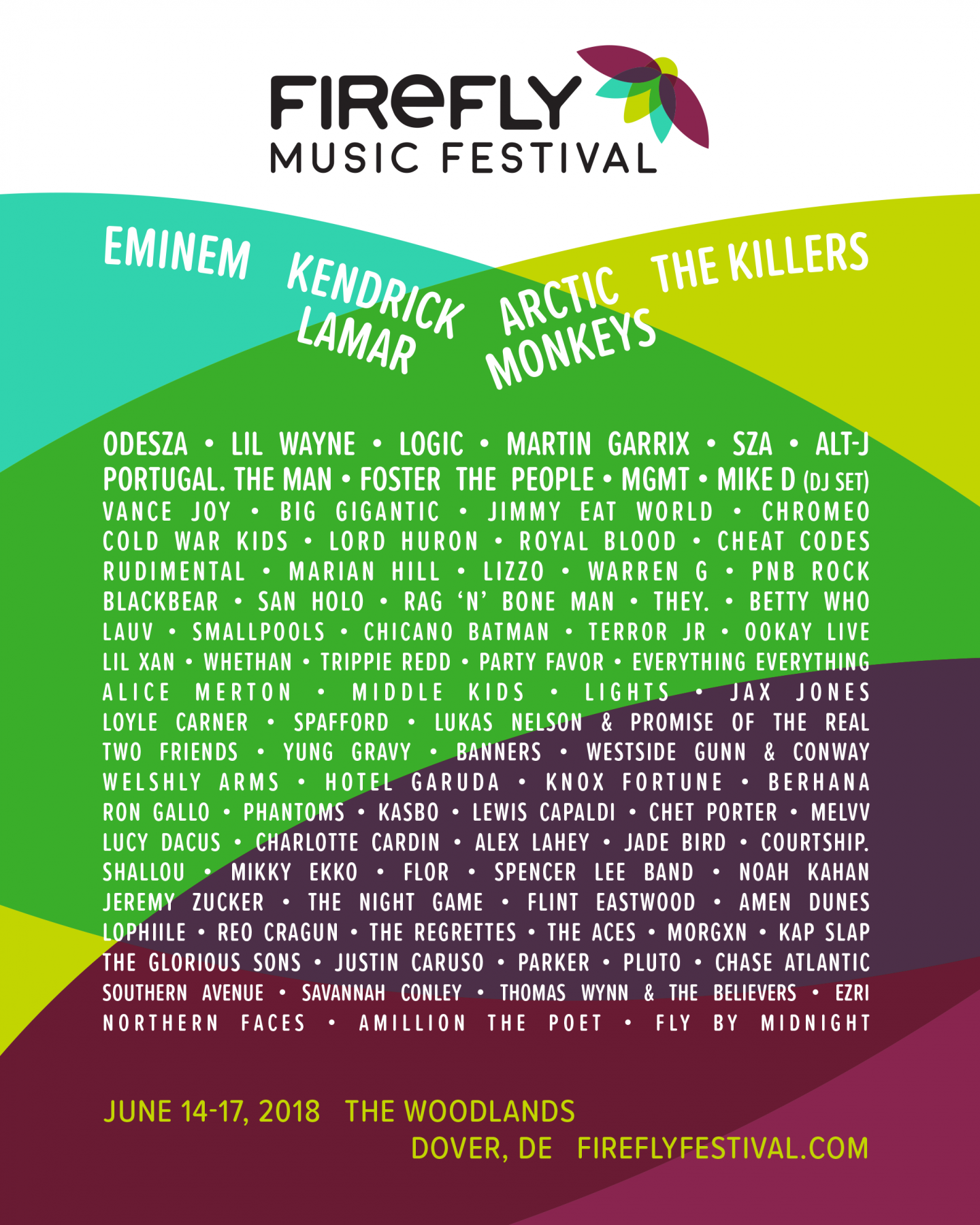 The Killers, Arctic Monkeys, Kendrick Lamar and Eminem - Not shocked to see Slim Shady and The Killers... had been predicting them for a few days ... I think the shocker here is Arctic Monkeys ... I know this is their only announced show as of now  - but I don't see them on the same level as the other three headliners ... I am kind of suprised not to see a big name DJ or EDM act on the top line - but hey, I'll take some rock over bass drops any day of the week!

Middle of the Pack Bands -

So gald to see some of our favorite humans on the bill.  2017 was a great year for Portugal. The Man and Vance Joy and it shows in their placement on the lineup.  Psst - hey Portugal. The Man - let's chug beers in the parking lot again in 2018! 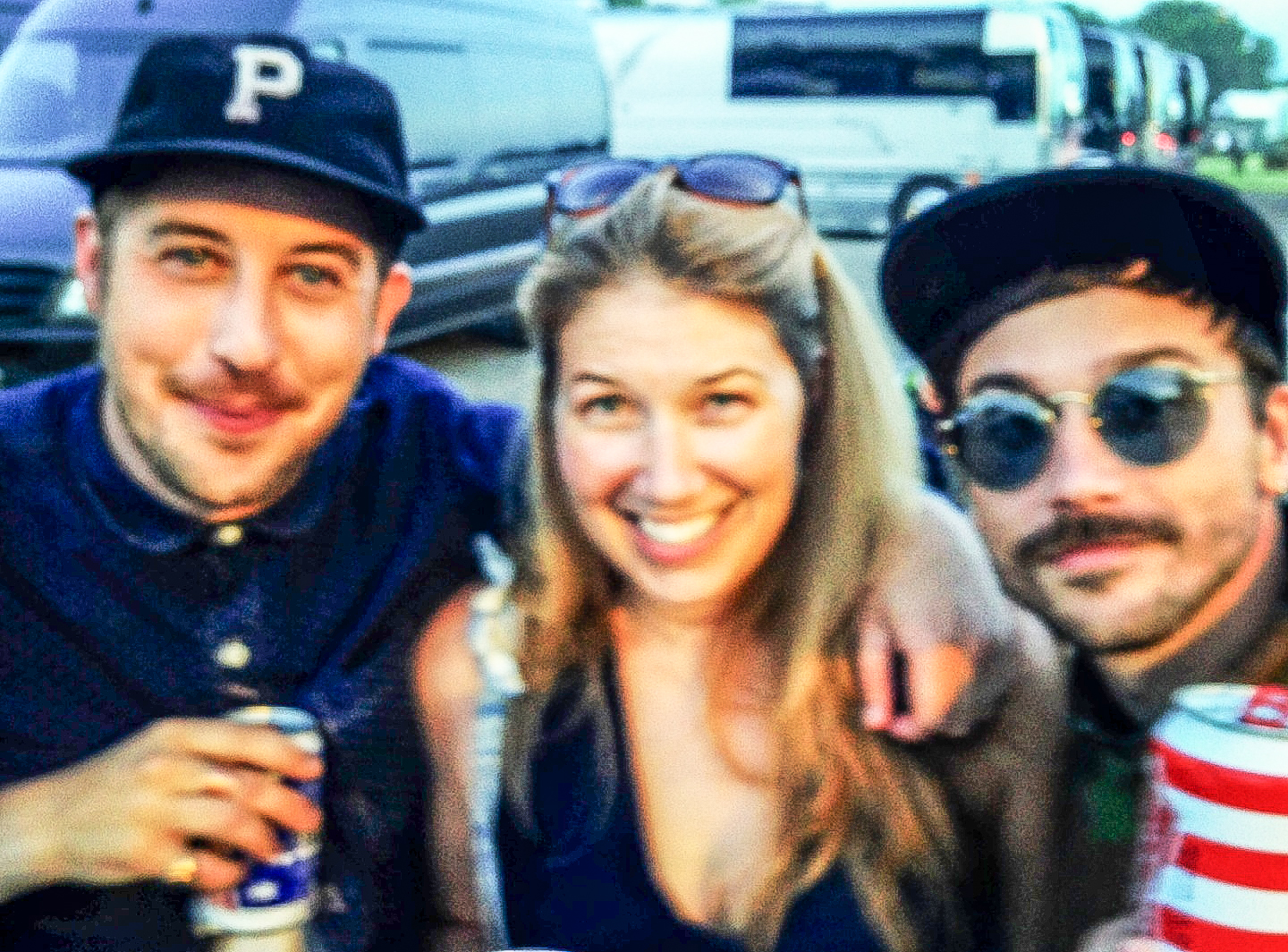 Other notable acts  in this section of the lineup -

Looking forward to seeing Alice Merton for the first time of course!

The setting sun at the Woodlands will should make a magical background for Lord Huron.

In 2017, we did a segment called Firefly Fine Print bands, where we found our favorite bands on the lineup we never heard of ... we'll be bringing that back in 2018 - and here's a few of the bands we think we'll be into based on the names alone: