Posted More Than Ten Years Ago 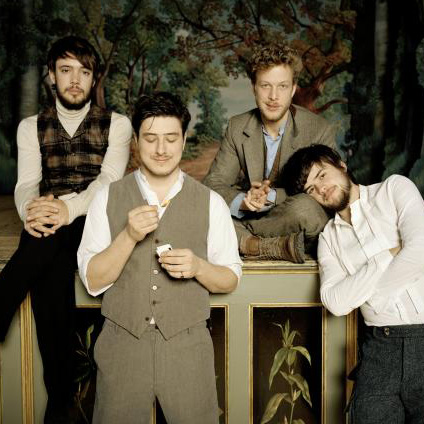 Mumford and Sons headed up the bill on the University of Texas' LBJ lawn Saturday night (March 17) as part of the final day of the music wing of SXSW festival in Austin.

The band played a number of songs which seem likely to make their second album, including live favorites 'Lover's Eyes' and 'Lover Of The Light'. Marcus Mumford introduced 'Ghosts That We Knew', a song they first debuted in November last year, as "one you definitely haven't heard before."

Mumford and Sons joined Edward Sharpe and the Magnetic Zeros on the line-up after the second public screening of the film 'Big Easy Express', which documents the bands' joint 2011 Railroad Revival Tour of North America. The Emmett Malloy directed film received its worldwide premiere earlier on in the day at the Paramount Theatre, after which Mumford and Sons, Edward Sharpe and the Magnetic Zeros and members of Old Crow Medicine Show reunited to perform a short acoustic set.